Google’s $99 Nexus Player is now available for purchase and it should ship in early November. I’m just starting to test the TV box and while I really like the new Android TV user interface, until more third-party developers adapt their apps to the platform, there’s a relatively small number of things you can actually do with a Nexus Player.

But over the past few years hundreds of TV boxes running Android software have come out of China. Most use the same version of Android that runs on a smartphone or tablet. While that means some apps can be hard to use with a remote control, at least it means there are thousands of apps that you can try.

China’s Tronsmart is responsible for a decent number of those TV boxes… and now the company has released one of the first models with an 8-core Allwinner A80 Octa processor. It’s also one of the first I’ve seen that supports up to 4GB of RAM. 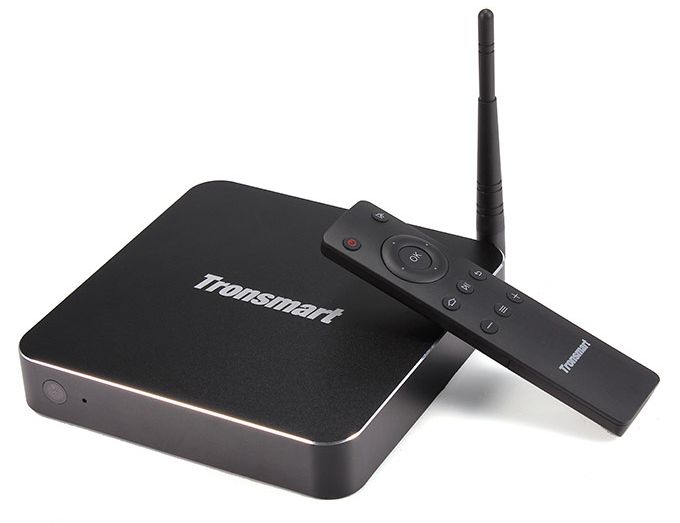 You can also pick one up for a similar price at AliExpress.

Another thing that sets this TV box apart from most other options is the SATA port that you can use to hook up an external hard drive.

Tronsmart’s latest TV box has more ports, a more powerful processor, and more RAM than most other devices in its class. But it also has a relatively high price tag… and when it comes to TV boxes, sometimes less can be more.

While it sounds nice to be able to run just about any Android app on your TV, the truth is that it can be tough to actually use some of those apps on your TV. The $99 Google Nexus Player may not be as versatile, but at least it doesn’t tempt you into downloading apps that won’t work properly.

On the other hand if you’re planning on dumping Android and installing Ubuntu, you’re probably much better off with a box like the Tronsmart Draco AW80… or a mini PC with an x86 processor like the ECS Liva.

Still, if what you’re looking for is one of the most powerful ARM-based TV boxes around, the Draco AW80 certainly looks good on paper. I haven’t had a chance to test this box yet though, so I can’t say anything about real-world performance.