China’s Xiaomi only sells its smartphones and other devices in a handful of markets… but they’re big markets with large populations including China and India. So even though you can’t easily buy a Xiaomi phone in the US or Europe, we probably shouldn’t be surprised that the company is selling a lot of phones.

In fact, with Xiaomi shipping 18 million phones in the third quarter of 2014, two different reports suggest the company just became the third biggest smartphone company in the world. 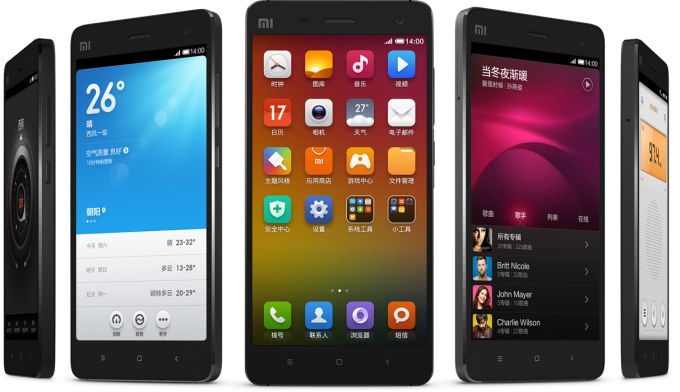 Only Samsung and Apple shipped more phones during the same period.

Strategy Analytics and IDC also both report that smartphone shipments in general rose by more than 25 percent during Q3, 2014. In other words, Xiaomi didn’t just grab a major chunk of market share… it grabbed a big chunk of a growing market.

It’s worth noting that the race for 3rd place in the smartphone market is pretty fierce: LG, Huawei, and Xiaomi all have somewhere between 5 and 6 percent market share. That puts them a long way off from market leaders Apple and Samsung who have about 12 percent and 25 percent, respectively.

Still, with Xiaomi planning to start offering phones in additional markets in the coming years, the company is clearly worth keeping an eye on. 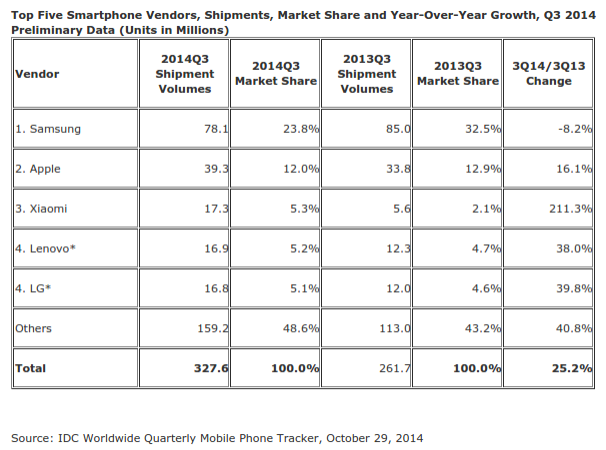 One reply on “Reports: Xiaomi is third biggest phone maker, even before entering US or Europe”