Some smartphone makers help users take better selfies by building phones with high-quality front-facing cameras. Others just give you a high-quality rear camera… and a swivel that lets you rotate the camera so it faces the front of the phone.

Last year Oppo introduced the N1 phone with a rotating camera. This year the company’s back with the Oppo N3 and this time the camera doesn’t just rotate… it has a motor which lets you change the camera position by tapping the screen rather than by touching the camera unit itself. 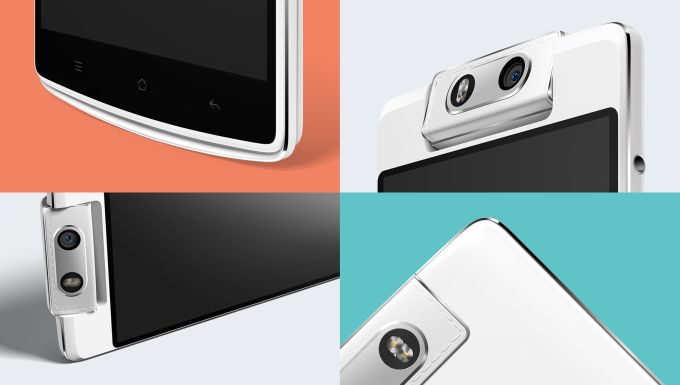 It has a microSD card slot, 802.11ac WiFi, Bluetooth 4.0, and 4G LTE support and it has two SIM card slots (although there’s only room for one SIM if you’re using a microSD card). Oppoe also includes a fingerprint sensor on the back of the phone which you can use to unlock the device, among other things (you can also use it to scroll through web pages and other content, for instance). 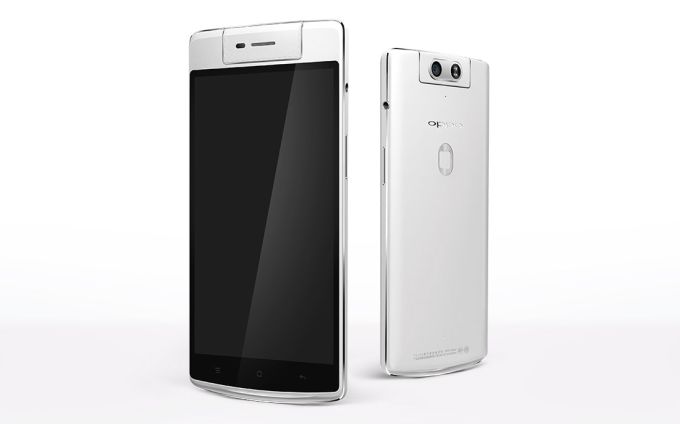 The camera has a 16 megapixel sensor, an LED flash, and support for HDR and panorama modes. It can also shoot 4K video.

Oppo also ships an O-Click 2.0 Bluetooth remote control with the phone, letting you snap photos or perform some other actions without touching the phone.

The phone is expected to launch in China in December for about $650 without a contract.