It’s official: you can now stream videos from Netflix on a computer running Linux. You don’t need to change your browser agent, install WINE, or make any other changes. 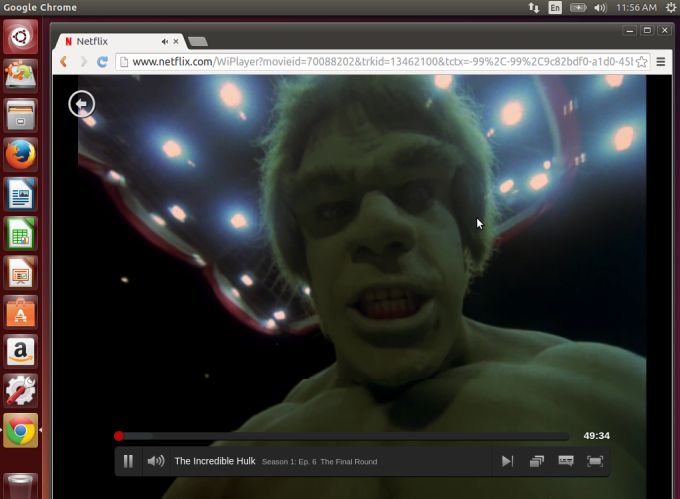 You will need to download the browser from https://google.com/chrome. The open source Chromium browser won’t work.

But since Chrome 38 includes built-in support for HTML5 video playback with DRM, Netflix has removed restrictions that had previously prevented users from streaming video if they were using a Linux browser.

Up until recently Netflix used Microsoft’s Silverlight technology to stream videos to web browsers — and Silverlight isn’t officially available for Linux. But the company has been using HTML5 for video streaming on some platforms for a while, and the HTML5 player works just fine in Chrome for Linux.

We might eventually see Netflix support for Linux browsers besides Google Chrome. But they’ll need to integrate the same kind of DRM support before that can happen. Mozilla is already working on bringing a similar feature to future versions of Firefox.

So if the reason you’re using Linux in the first place is because you believe in the ideals of the free software movement… Netflix might not be the streaming video solution for you.