Microsoft has released an updated version of the Windows 10 Technical Preview. If you’re already using the Windows 10 preview that launched earlier this month, you can update to build 9860 by opening the Update and Recovery settings, selecting Preview builds, and tapping the “Download now” button.

The update will also roll out to testers automatically if you don’t feel like rushing things along yourself.

You can also download the Windows 10 Technical Preview and install it from scratch by joining the Windows Insider Program.

So what’s new in the latest preview? Here are some of the highlights:

Windows 10 won’t be officially ready to launch until 2015 and the latest build is still very much a work in progress. Only basic notifications are available in the Action Center, and Microsoft plans to add some polish to its user interface later. 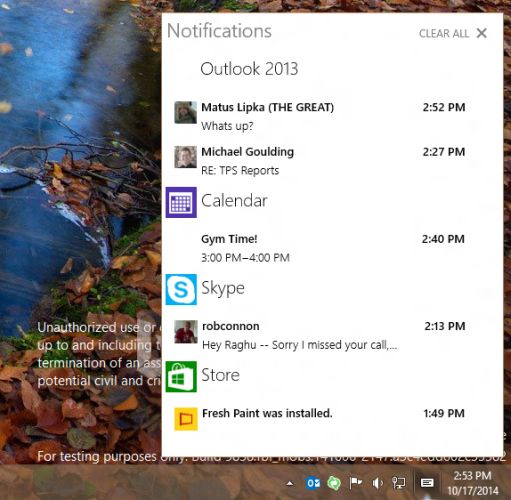 The company also acknowledges that build 9860 also makes it a bit tougher to join a WiFi network, some machines have problems with sleep and wake, and most importantly, sometimes the Microsoft Solitaire and Mahjong games don’t work.

Update: I’ve just installed the update on my aging Asus UL20A notebook, and while the previous build ran smoothly, the new build seems pretty iffy. When I type in the search box I can’t see any letters, and when the results slowly start to show up, there are all sorts of letters missing.

Update 2: As 80sRobot points out in the comments below, a Windows Update is already available to fix the broken text issues shown in the image below. 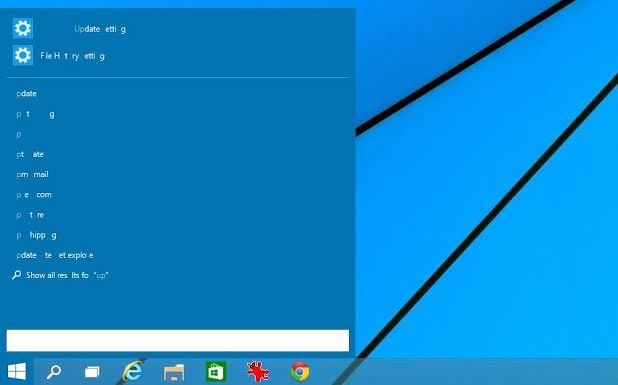 The N in Notifications is also missing in my Action Center, and many Windows apps and settings seem to have trouble displaying text in general. .

via ZDNet and Blogging Windows