The move effectively made Windows as cheap to use as Android… possibly cheaper, since Microsoft collects royalty fees from many companies that use Android on their devices.

So how’s that working out so far? Pretty good, according to Microsoft’s vice president in charge of operating systems. 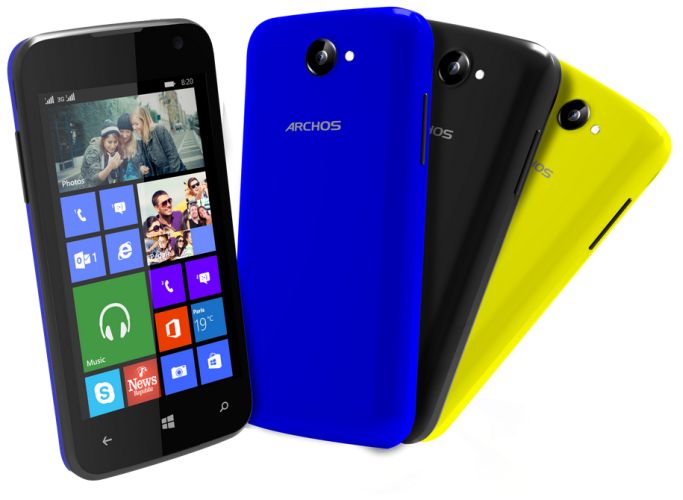 After this week’s Windows 10 press event, Recode’s Ina Fried caught up with Microsoft’s Terry Myerson and asked about the license-free Windows initative.

Myserson says 50 new companies have started producing phones and tablets with Windows software. If you didn’t know there were 50 companies that make phones and tablets, that’s because we’re not talking about big names like HTC and LG but rather smaller companies like Blu, Archos, Kazam, and Yezz.

It’s not clear whether demand for small Windows devices is on the rise, but it certainly looks like there are a growing number of devices hitting on the streets for anybody who does want one.

Myserson says he expects Microsoft to continue offering Windows free of charge for small devices in the future.

Another thing that’s unclear? How Microsoft plans to make money in a world without licensing fees for its operating systems. The company does still charge device makers who install Windows on larger devices including notebooks and desktops. And you can still buy retail copies of Windows. But most people get Windows software by purchasing a device that has it preloaded, and they get updates when Microsoft pushes them out for free.

Microsoft’s efforts to make Windows more attractive to device makers could eventually help it grab market share from Android. But it could also mean that Microsoft will either have to extinguish its competitors and then start charging again (which seems unlikely) or make up for lost revenue in other ways such as charging for online services (like Office 365) and through advertising.

It probably helps that the free versions of Windows that Microsoft offers include Bing services including search, maps, and other apps. That could help get customers hooked on the full Microsoft experience.