The Matchstick is a device you can plug into a TV to stream content from the internet. It looks a lot like a Google Chromecast, but this little guy runs Mozilla’s Firefox OS software, features a Rockchip RK3066 processor, and should sell for about $25 when it hits the streets in early 2015.

The developers of the Matchstick are raising funds for the project on Kickstarter, and while they’ve already shot way past the original goal of $100,000, they’ve just announced a few new features that could attract more pledges. 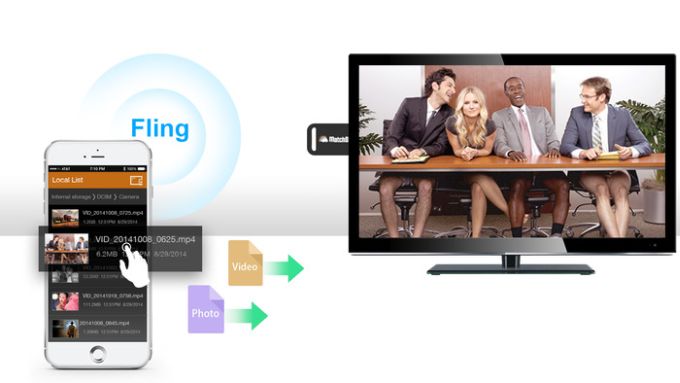 Like Google’s Chromecast, the Matchstick has an HDMI connector that lets you plug the stick right into your TV, as well as a micro USB port for a power cable.

Once it’s connected you can fire up your phone, tablet, or other device to find content you want to fling to your TV and then start watching videos from services including Netflix, ESPN, and HBO Go on your TV.

Thanks to the new Local Play mode you can stream content from a media server on your home network to your TV. So if you have a network attached storage device (NAS), a shared network drive, or another media server using SAMBA or NFS, you can use an app on your phone to find local media on your network and send it to your TV. There will also be APIs which developers can use to build their own apps that use the local playback feature.

Ad Hoc mode goes one step further by not only letting you beam content straight from your phone or tablet to a Chromecast… but by letting you do it without an internet connection.

Basically the Matchstick will become a wireless hotspot in Ad Hoc mode. Connect your phone to that local network, find music, photos, or videos you want to send to the TV and hit the play button.

This will make it easy to use a Matchstick when you’re in at a hotel, in a conference room, or visiting friends, among other things.