MatchStick is a small, inexpensive device you can plug into a TV to stream internet video or other content. It’s a lot like Google’s Chromecast, but it’s expected o sell for $10 less. More importantly, it runs open source software based on Mozilla’s Firefox OS instead of Google’s Chrome software.

The team behind the MatchStick project have raised more than $300 thousand in a Kickstarter campaign and hope to start shipping the first developer units in November with consumer models shipping in February.

But if you don’t want to wait until then to try out the MatchStick software you can load it on a different ARM-based TV stick today. 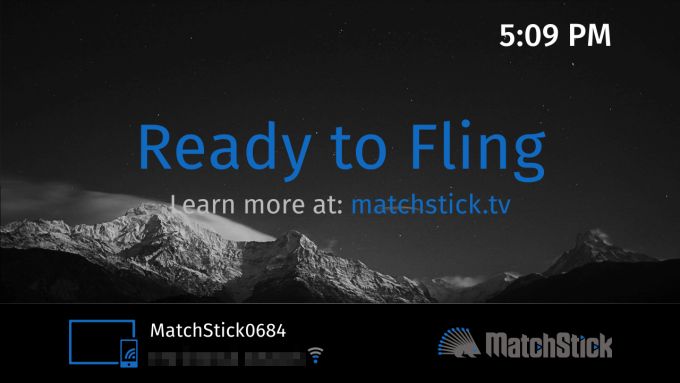 FreakTab forum member BalintBanyasz has ported the MatchStick firmware to work with the MK808B TV stick.

Like the MatchStick, the MK808B features a Rockchip RK3066 ARM Cortex-A9 dual-core processor, 1GB of RAM, and 4GB of storage. It also has the same Broadcom BCM40183 WiFi module.

It’s possible that the firmware could work on other devices with similar hardware.

As for the MK808B, it seems to work just like a MatchStick when the firmware is installed. Just plug it into the HDMI port on your TV, connect a power source, and then fire up the MatchStick app for Android or the Firefox web browser and use it to configure your device. You can find more detailed instructions at the FreakTab forum.

Once that’s done you can open the YouTube app on your phone (or in your web browser) or any other supported video app or website and choose the option to “fling” content to your TV.

The MK808B sells for around $35 on AliExpress, which makes it about the same price as a Google Chromecast, but a bit more expensive than the MatchStick which is expected to have a retail price of $25, but which you can reserve for $18 with a Kickstarter pledge. But the MK808B is available today, while the MatchStick isn’t expected to ship until early 2015.

You can also use the MK808B to run Android apps — it ships with Google Android 4.2 Jelly Bean software and features a USB ports, microSD card slot, a mini HDMI port, mini USB OTG port, and a second mini USB port for power.