LG is introducing its first mobile chip for smartphones, as well as the first phone to use the chip.

The LG NUCLUN processor is an octa-core processor with four 1.5 GHz ARM Cortex-A15 CPU cores and four lower-power 1.2 GHz ARM Cortex-A7 cores arranged in a big.LITTLE design so that the number of cores in use can be adjusted for different tasks.

The first phone to use the chip will be the LG G3 Screen, a phone with a big display to go with its big (and somewhat confusing) name. 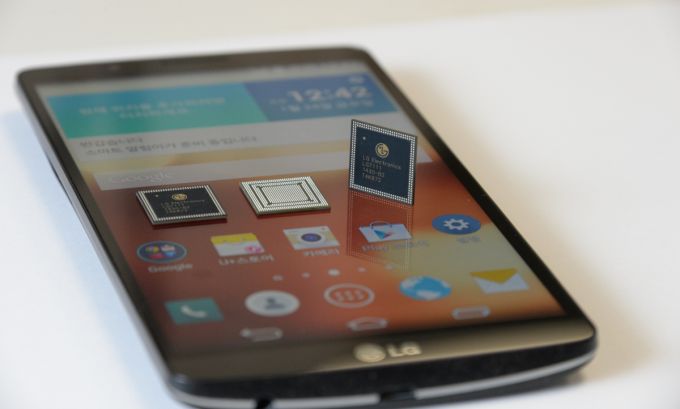 The G3 Screen is the latest phone in the LG G3 family. It joins the LG G3 Stylus, LG G3 Beat, and the original LG G3. All three phones share the G3 name, LG’s latest suite of Android apps and features, and a few other design features. But screen sizes, processor, and other hardware varies from phone to phone.

The big screen helps set the new model apart… but it’s really the new processor that’s the phone’s biggest distinguishing factor. After all, the original LG G3 has a pretty big 5.5 inch screen of its own, and it’s a higher-resolution 2560 x 1440 pixel display.

3 replies on “LG develops its own processor, puts it in the LG G3 Screen smartphone”