Gajah’s InkCase Plus is a smartphone case with an E Ink screen. You can connect the case to your phone, use it as a flip cover, and wirelessly pair the E Ink screen with your phone so it can display content when your primary display is off.

You can also pop out the screen and use it as a standalone eReader.

The makers of the InkCase Plus raised over $200,000 during a Kicsktarter campaign this summer with a promise that the first devices would ship in October. Well, it’s October… and it looks like things are moving according to schedule. The InkCase Plus just passed through the FCC. 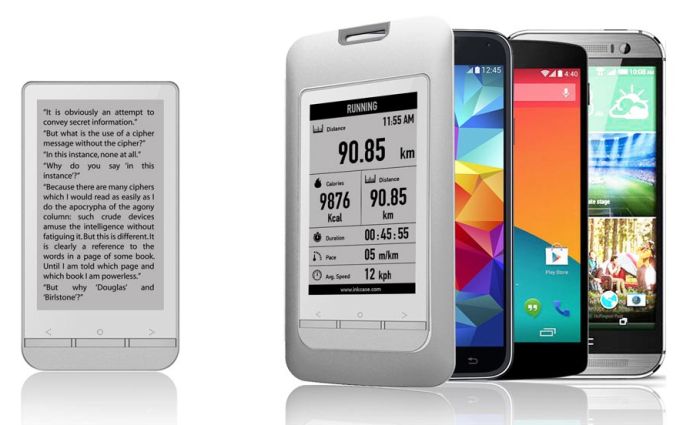 While backers of the Kickstarter campaign where able to reserve an InkCase Plus for as little as $79, it’s expected to sell for $79 when it officially launches this month.

Gajah plans to offer models designed to work with a 10 specific Android phones including the Google Nexus 5, Samsung Galaxy S5, S4, S3, and Note 3, and the HTC One M7 and M8.

There’s also a universal case designed to work with most other phones. It’s a bit on the bulky side, but any case that pairs a tiny eReader with your phone is bound to be kind of chunky.

The InkCase eReader features a 3.5 inch, 360 x 600 pixel grayscale ePaper display which is visible in direct sunlight without a backlight. The low-power screen also only uses electricity when you refresh the page, so it should get up to 5 days of battery life from the device’s 400mAh battery. 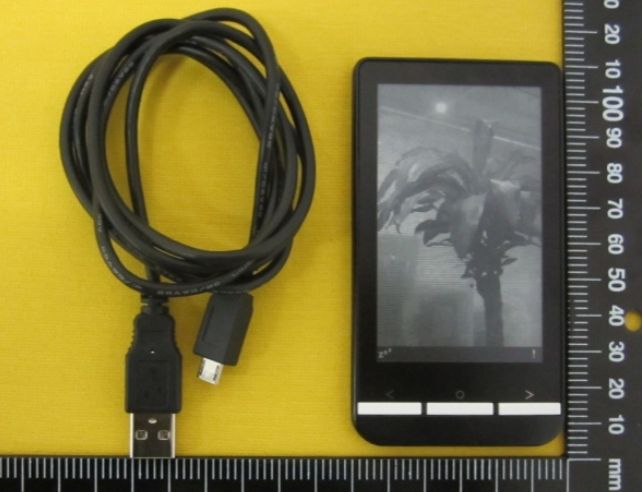 You can use a couple of Android apps to send content from your phone to the InkCase Plus including the EpiReader app for sending eBooks and InkCase Photo app for displaying photos from your phone on the E Ink display. There’s also an InkCase Companion app for pairing the case with your phone over Bluetooth.

This can let you view notifications on the E Ink screen or even use the InkCase Plus to answer calls.

10 replies on “InkCase Plus launches this month: E Ink case for smartphones”