While there are a number of companies working to make sure your refrigerator can talk to your toaster, your smartphone, your light switches, and your garage door opener, it’s a lot easier to do that if all of those devices are using a standard platform.

So ARM is trying to help things along by launching its own operating system. It’s called mbed OS and it’s part of the mbed platform for Internet of Things… things. 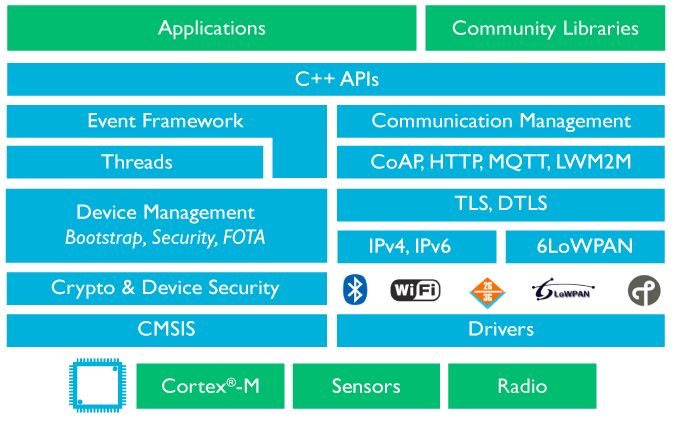 The mbed OS is designed for devices with ARM Cortex-M processors and includes communication, device management, and security features. It supports WiFi, Bleutooth, 2G, 3G, and LTE communication technologies, among other technologies and the software could make it easier for hardware companies to get devices to market without spending a lot of time building custom firmware.

The operating system for devices is free, but customers can also license the mbed Device Server software for connecting devices to cloud services.

ARM’s initial partners for the mbed platform include IBM, Freescale, Marvell, and Atmel. The mbed software is available for testing during the fourth quarter of 2014 and should be ready to ship with products in 2015.

Will mbed be the one embedded OS to rule them all? Probably not. It only works with chips based on ARM architecture, and Intel is hoping to use its Edison platform to get its chips into IoT devices. But if the mbed platform takes off, it could help bring the IoT era one step closer to reality.