Amazon is adding genre-based internet radio stations to Amazon Prime Music. In addition to adding songs, albums, and playlists to your library, Amazon Prime subscribers can now tune into ad-free music streams in categories such as Classic Rock, Top Pop, ’90s R&B, or Classic Blues, just to name a few.

The new offering is called Amazon Prime Stations, and it’s probably not robust enough to convince anyone to cancel a Pandora subscription. But it’s one more perk for existing Amazon Prime subscribers. 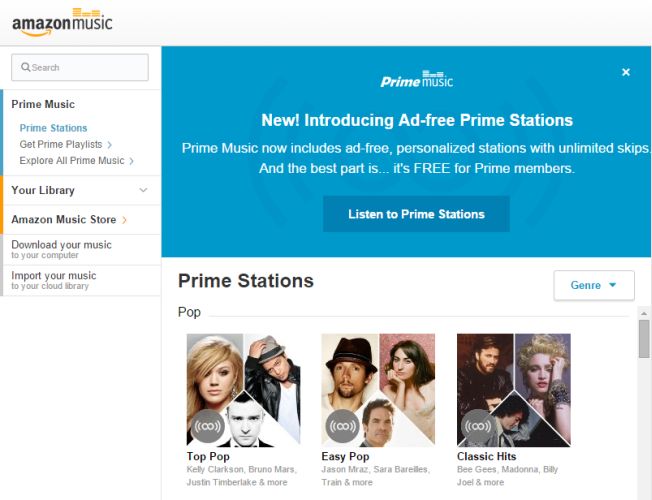 At this point a $99 per year Prime subscription gets US customers free 2-day shipping on many purchases, the ability to stream thousands of movies and TV episodes, an option to borrow one book a month for reading on a Kindle device, and access to a large (but not exhaustive) music library.

It can be a bit tougher to find songs you want to hear with Amazon Prime Music than with rival services such as Spotify, Rdio, or Google Play Music All Access. Amazon’s library is smaller and Amazon requires you to find tracks and add them to your library. So while there’s probably plenty that you’ll want to listen to, you might not always find the specific songs or albums you’re looking for.

Amazon offers curated playlists which help ease the process: instead of finding a particular album you can listen to a bunch of tracks in a specific genre. But up until now Amazon’s playlists have been kind of limited, sometimes offering only an hour or so of music.

Prime Stations will keep the music flowing — and you can customize your stations by giving songs a thumbs up or thumbs down to let Amazon know if it should play more songs like the one you’re listening to or remove the current song from rotation and skip ahead to the next track.