Microsoft’s next version of Windows is expected to launch in early 2015, but the company’s also expected to release a preview version this fall. Now a couple of websites including Computer Base and WinFuture have published photos from an early version of Windows 9 Technical Preview that give us a better idea of how the operating system will work. 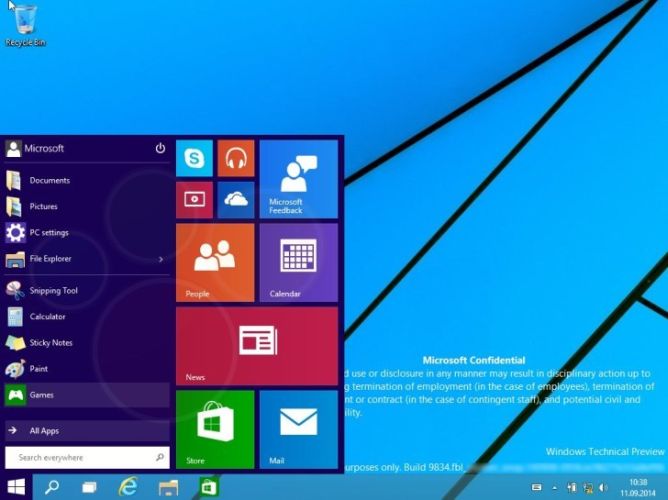 There are shortcuts to frequently used apps and locations, a search bar, and a menu option to view “All Apps.” But next to those items there’s also a series of Live Tiles to give you quick access to features including News, Mail, Calendar, and People (contacts), among other things. 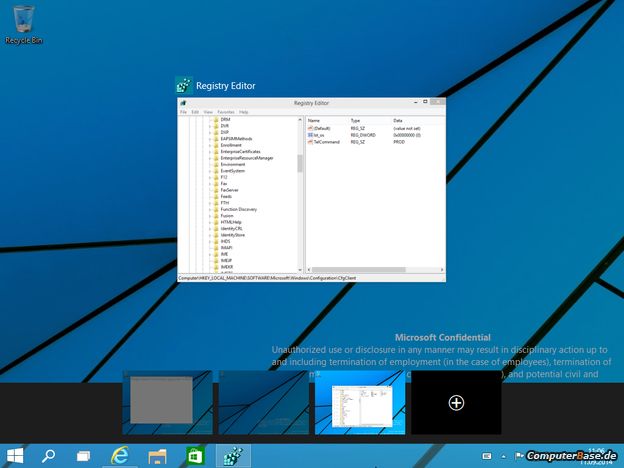 There have also been a few taskbar tweaks including new icons for search and virtual desktops — oh yeah, and there’s now support for virtual desktops. This lets you create separate workspaces so you can have a couple of work apps open in one app and entertainment apps in another, for instance. Then you can toggle between those desktops depending on what you’re trying to do.

It’s sort of like having a multi-monitor setup, except that instead of moving your head to look from one display to the next, you hit a button to switch the view in front of you. This is a feature Linux users have had for years, and there are third-party apps that let you do something similar on Windows. But now it looks like virtual desktops will be baked right into the Windows operating system. 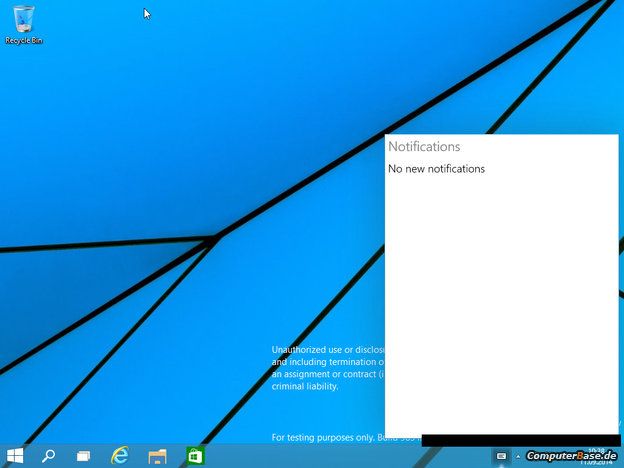 There’s also what appears to be a new notification center which pops up when you tap a button in the right side of the taskbar.

For the most part the leaked images show an operating system that looks like it was designed for laptop and desktop computers and not for tablets. You can run Windows Store apps, but you don’t have to run them in full screen mode — they can be resized and run in windows just like any other Windows apps. 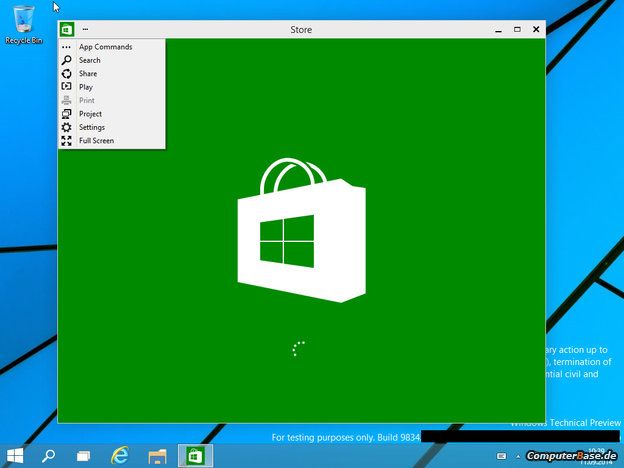 Microsoft isn’t giving up on tablets — Windows 9 is expected to run on tablets and 2-in-1 convertibles. But on at least some tablets it’s expected to take a different approach to what we’re seeing from these pictures: instead of hiding the full-screen, touch-friendly user interface Windows 9 will hide the desktop for tablet-only users.

23 replies on “Windows 9 previewed in series of leaked photos”