The new model seems to be about the same size and shape, but it has a Qualcomm Snapdragon S4 Pro processor. 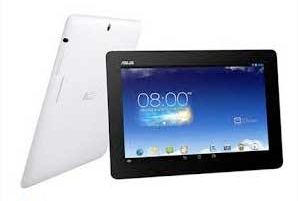 Other specs seems to be largely unchanged. Like last year’s model, the new MeMO Pad has a 1280 x 800 pixel display and 1GB of RAM. it features a micro SDXC card reader, 802.11n WiFi, and Bluetooth.

The new tablet will ship with Google Android 4.4 KitKat and it’s expected to sell for around the same price as the older version.

One reply on “Updated Asus MeMO Pad 10 budget tablet on the way?”