The next version of Ubuntu Linux is set to launch October 23rd. But you can take the first (and last) beta of Ubuntu 14.10 Utopic Unicorn for a spin today.

Canonical releases new versions of Ubuntu every six months, so changes aren’t always as dramatic as what you’d see in updates for other operating systems. But whereas Ubuntu 14.04 was a long term support release focused on stability, Ubuntu 14.10 offers some bug fixes, a few new features, and updated software packages. 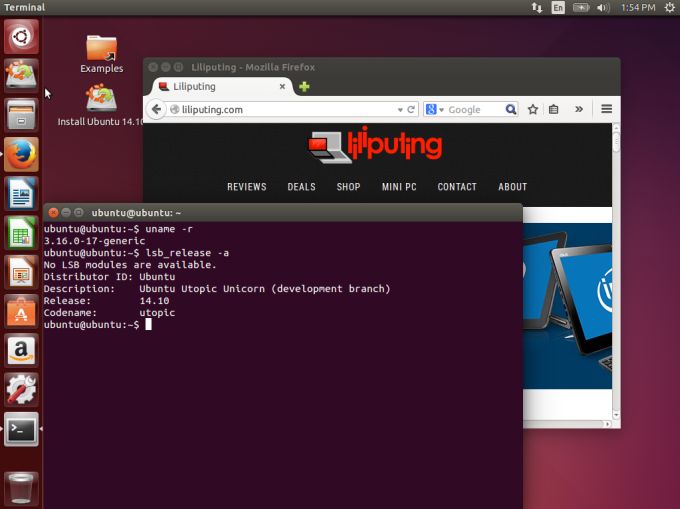 Among other things, Ubuntu 14.10 includes a newer version of the Linux kernel with improved support for Intel Broadwell graphics as well as NVIDIA and AMD graphics and graphics support Intel’s upcoming Cherryview chips.

The operating system should also support faster resume from sleep and newer versions of default apps including Firefox, Thunderbird, and LibreOffice.

The main branch of Ubuntu with the Unity desktop environment looks virtually identical to Ubuntu 14.04. There have been no visual changes… not even a new default wallpaper.

If you’re not a fan of the Unity experience you can also download the latest beta versions of Kubuntu, Lubuntu, Ubuntu GNOME, Xubuntu, or other flavors.

via Web Upd8 and DistroWatch