UK company Tranquil PC makes fanless computers and PC cases which run silently. Most of the company’s PCs are media center systems, small desktops based on Intel’s NUC design, or home servers. But this fall Tranquil plans to launch an all-in-one desktop called the MonoOne. 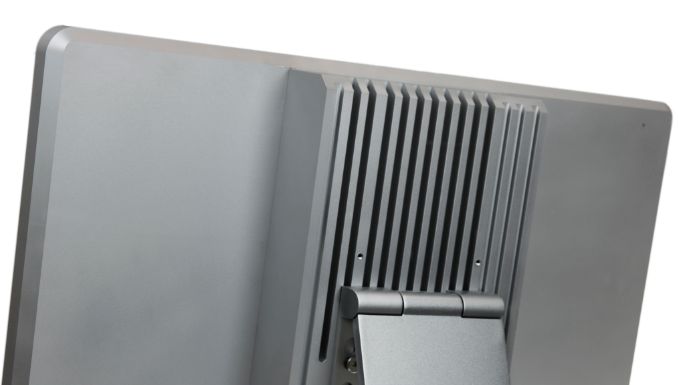 The Tranquil MonOne has an aluminum case with a passive heat sink on the back to keep the computer cool.

Full specs won’t be available until the system goes up for pre-order at the end of September, but the MonoOne is designed to run Windows and Fanless Tech reports it’ll be powered by an Intel Core-T processor, with an updated model featuring an Intel Broadwell chip due out in the first half of 2015.