As expected, Toshiba is launching a second-generation Chrome OS laptop. The Toshiba Chromebook 2 features a 13.3 inch display, an Intel Bay Trail processor, and a starting price of $250.

It’s scheduled to hit the streets in the beginning of October. 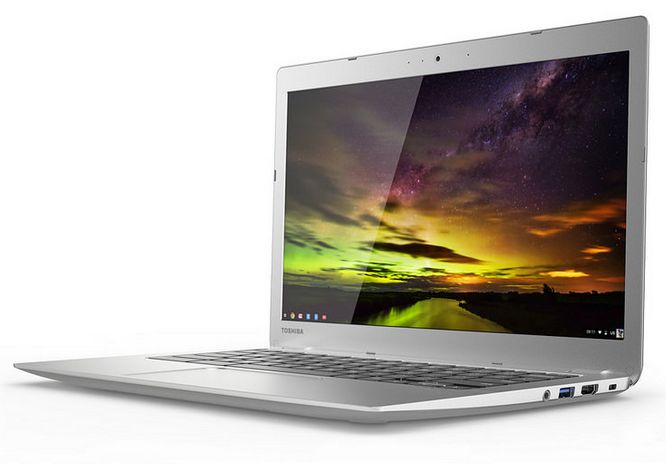 The Toshiba Chromebook 2 will be available in a few different configurations. Each model will have an Intel Celeron N2840 Bay Trail processor, 16GB of storage, a USB 3.0 port, a USB 2.0 port, HDMI output, an SD card reader, and 802.11ac WiFi.

Toshiba will offer models with 2GB or 4GB of RAM and models with 1366 x 768 or 1920 x 1080 pixel IPS displays. The notebook weighs about 2.95 pounds and Toshiba says while it has a 13.3 inch screen, the Chromebook 2 is about the size of a normal 12 inch laptops. It’s also a bit smaller than the original Toshiba Chromebook.

The company says the HD model will get up to 11.5 hours of battery life while the version with the full HD display should run for up to 9 hours on a charge.

Prices are expected to range from $250 to $330 when the Toshiba Chromebook 2 goes on sale starting October 5th.