Most of Samsung’s smartwatches are designed to be used with a smartphone. The Samsung Gear S is a watch you can use with… or in stead of a phone.

It has a 2 inch screen, a Tizen-based operating system and the ability to pair with a phone or tablet to display notifications on your wrist. But it also featured support for 2G and 3G networks, allowing you to access the internet even when the Gear S isn’t tethered to a smartphone. You can even use it to make or receive phone calls.

Samsung unveiled the Gear S in August, and now the company has announced that it’ll be available in the US this fall. 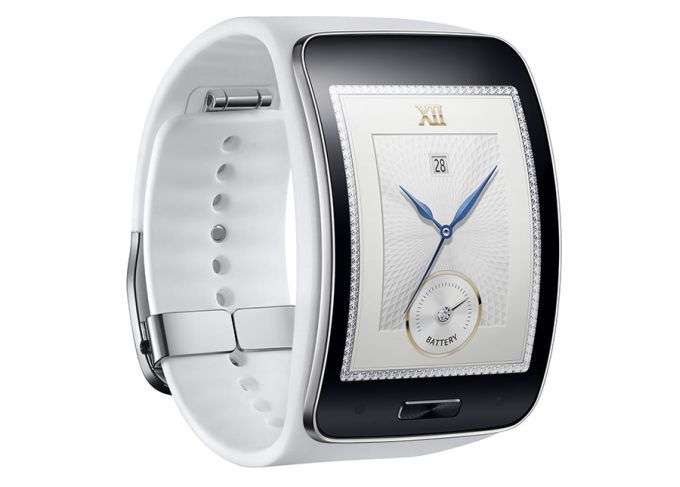 Verizon, AT&T, T-Mobile and Sprint will all offer the Gear S, although there’s no word on how much it’ll cost yet.

There’s also a microphone that you can use for voice commands or making phone calls. You could also pair a Bluetooth headset with the device if you don’t want to do the Dick Tracy thing and hold the watch up to your mouth to talk.

In some ways, the Gear S is one of Samsung’s first Tizen smartphones. The company’s been developing phones that run on the Linux-based operating system for a few years, but the launch dates for those phones keep getting pushed back. Meanwhile there are already watches, cameras, and other devices that use a simpler version of Tizen.

Now one of those watches can also be used as a phone. Samsung hopes to launch the first Tizen phone with a more traditional smartphone design in India this fall.