As promised, Google is bringing support for Android apps to its Chrome operating system. That means in addition to running thousands of web-based apps, you can now use a Chromebook to run some apps that had previously only been available on smartphones or tablets running Android.

There are only 4 Android apps available for Chrome right now, but Google plans to work with developers to bring more Android apps to Chromebooks and Chromeboxes in the coming months. 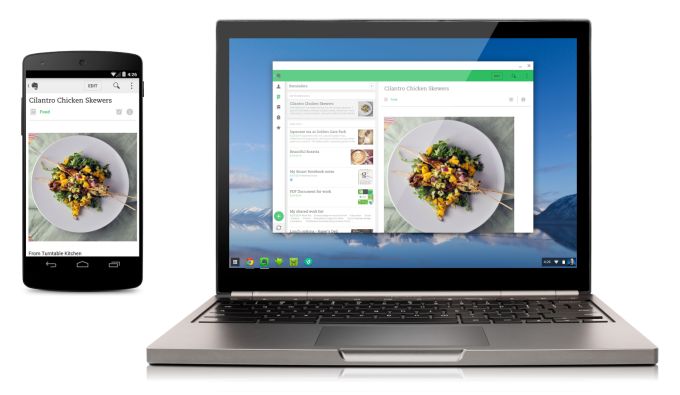 Each of the apps was developed using a new tool called Android Runtime for Chrome (ARC) and each is available from the Chrome Web Store.

That means you won’t just be able to pick and choose apps from Google Play Store… at least not initially. But it also means that you’ll be able to install all Chrome apps from the same place, whether they were originally designed as Chrome web apps or Android apps.

In case you were wondering how you can run apps designed for one operating system on an entirely different OS, it’s because ARC is basically an app that now runs on Chrome and allows Android apps to run as if your Chromebook were an Android device. Developers don’t need to make any changes to their Android apps — although Google is still working with developers to bring select apps to the Chrome Web Store for now. That’ll probably help ensure that you don’t end up trying to load apps that don’t work well on devices that may not have a touchscreen.

Each of these apps has a strong web-based component, but they should run like native apps on a Chromebook.