Minix has been offering small boxes that you can use to run Android apps on your TV for the past few years. Now the company is getting ready to launch a new model that can run either Windows 8.1 or Android.

The Minix Neo Z64 is basically a low-power, fanless desktop computer that’s small enough to hold in one hand. It’s expected to go on sale soon for $129. 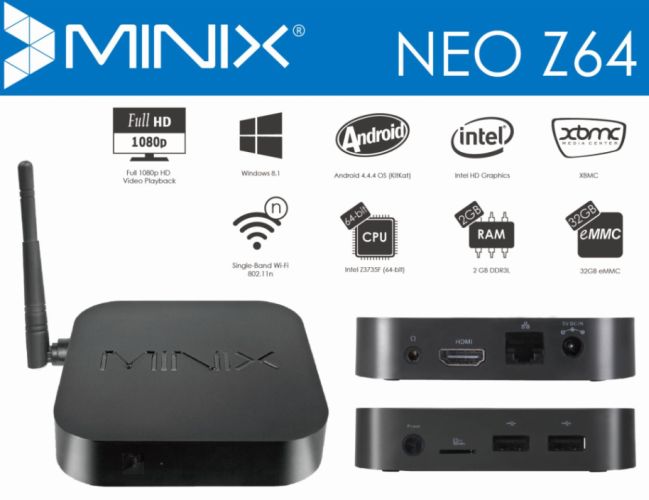 Minix is basically cramming the guts of a cheap Windows tablet into this little desktop. It’s powered by an Intel Atom Z3735F quad-core processor and features 2GB of RAM and 32GB of eMMC storage.

Minix will actually ship the Neo Z64 with Google Android 4.4 KitKat, but since this is the company’s first model with an x86 processor it’ll also be able to run Windows 8.1 and Minix plans to offer an option for users that want to install the operating system themselves.

With a starting price of $129, the Minix Neo Z64 could be an inexpensive alternative to another tiny Windows PC on the way. The Zotac ZBOX PI320 is expected to sell for $199. But that model will come with Windows 8.1 pre-installed. It’s not clear if customers who want to install Windows on the Minix computer will have to pay extra.

Update: You can see pictures of the Neo Z64 in action at the HKTDC fair in Hong Kong at Cngadget. 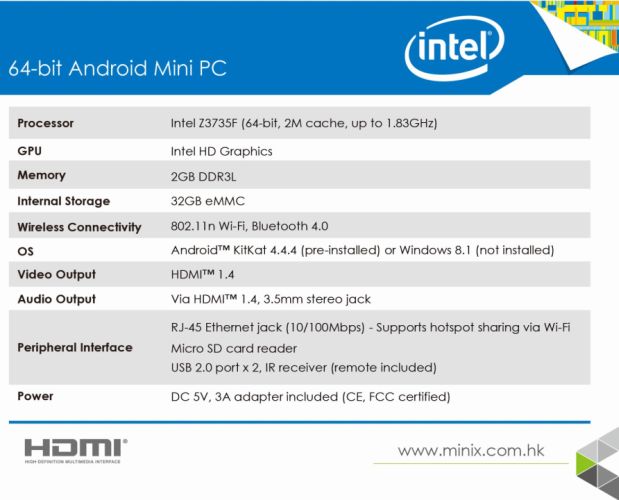