Bluetooth keyboards for mobile devices are a dime a dozen… but that doesn’t mean you want to buy a dozen different keyboards for all your phones and tablets. Logitech has an interesting alternative: a Multi-device keyboard designed to work with up to 3 different devices.

The Logitech K480 multi-device keyboard is now available for $50. 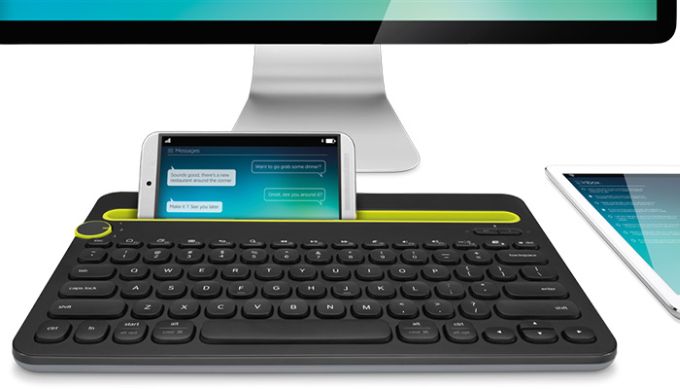 The keyboard has can pair with up to 3 different devices and there’s a 3-way dial above the row of Fn keys which lets you quickly switch from one device to the next.

That way you can pair the Logitech K480 with a phone, a tablet, and a PC and quickly switch from writing on one device to another. For example you could be using the keyboard with your desktop computer when a text message arrives on your phone. Flip the dial to your phone setting, tap out a response, and then flip back to PC mode to pick up where you left off.

There’s a groove in the keyboard that’s big enough to even let you use it as a stand for more than one device: you can prop up your your tablet and phone side-by-side… assuming neither device is too large.

The keyboard comes in black or white.