Google recently rolled out limited support for running Android apps on Chromebooks and Chromeboxes. But only a handful of apps are officially supported.

It didn’t take long for third-party developers to figure out how to load other Android apps… and even get them to run on a Windows, Mac, or Linux computer with the Chrome web browser. Then a developer created a tool called Chrome APK Packager that makes converting an Android app on your phone into a Chrome-compatible app about as simple as can be… and now it’s even simpler.

Chrome APK Packager is available from the Google Play Store, which make it easy to install the app and keep it up to date. 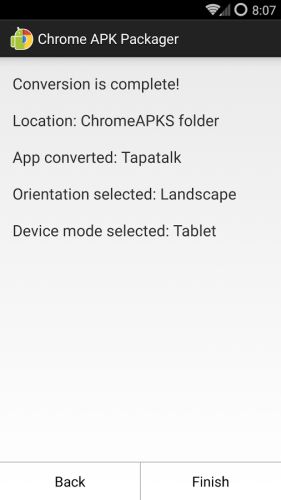