Intel’s first Broadwell chip is ready to go and the first laptops, tablets, and 2-in-1s featuring the new processor should hit the streets soon.

The Intel Core M processor is a 4.5 watt chip that has the kind of power consumption (and efficiency) you’d expect from a cheap Intel Atom processor. But early benchmark tests suggest this little chip is a beast: It seems to outperform Core i3 and Core i5 Haswell chips that use 3 times as much power in at least some tests.

That’s good news if you’ve been hoping for higher-performance portable devices. But it means that if you’re looking for cheap devices, you’ll probably be better off buying a system with an Intel Bay Trail chip for now. 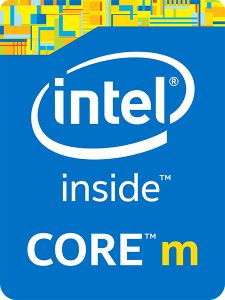