The LG G3 Stylus is a smartphone with a big screen, a large battery, and a stylus for writing or drawing. It also shares some features with LG’s latest flagship phone, the LG G3 including volume and power buttons on the back of the phone and LG’s user interface and suite of Android apps.

But for the most part the phone has entry-level or mid-range specs. It’s not exactly a rival to the Samsung Galaxy Note 4… and it’s not meant to be.

Instead, LG has announced that it’s bringing the LG G3 Stylus to developing markets where price trumps premium features. 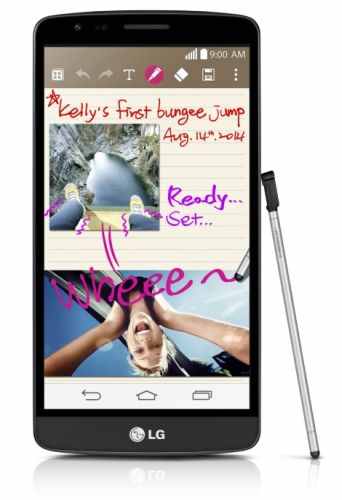 LG says the G3 Stylus will go on sale this week in Brazil. Soon it’ll also be available in other countries in Latin America, Central Asia, and the Commonwealth of Independent States (which includes a number of countries that were formerly part of the Soviet Union).

There’s no word on if or when the G3 Stylus will be available in more mature markets such as the US or Europe.

LG loads the phone with some of the same software available on the LG G3 and other phones, including support for dual window apps, Knock Code (for waking the device by tapping a pattern on the screen), and LG’s camera app. There’s also a QuickMemo+ app which is designed to let you jot handwritten notes or create doodles using the phone’s stylus. When the stylus isn’t in use, you can tuck it into a silo in the phone’s case.