Say you come home from a long day and throw your phone, keys, and jewelry in a bowl… wouldn’t it be nice if that bowl could also recharge the battery in your phone, smartwatch, or other gadgets?

Earlier this year Intel unveiled a reference design for a “Smart Wireless Charging Bowl,” and now the company says it should hit the streets in time for the 2014 holiday season. 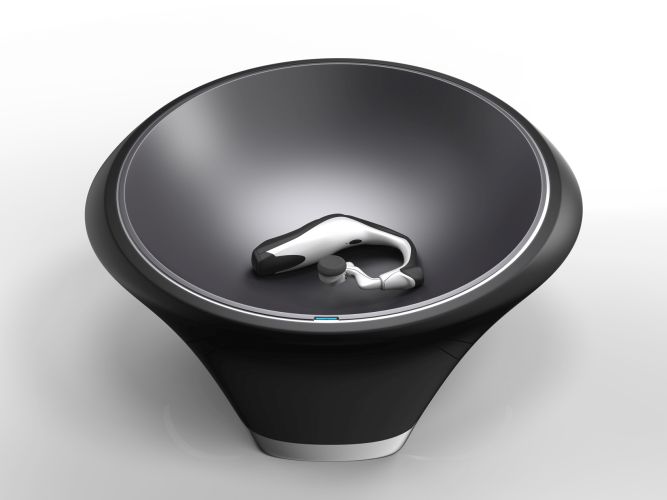 The bowl measures 10 inches in diameter, and apparently early prototypes were based on bowl you’d normally fill with potato chips or other snacks.

It uses resonant charging technology that’s based on the Alliance 4 Wireless Power (A4WP) standard, which means that you should be able to charge multiple devices simultaneously and it shouldn’t matter if there’s a piece of paper or some other small objects preventing your gadgets from touching the surface of the bowl.

In other words, you can really just toss your gadgets in the bowl and they’ll start charging. There are no wires required, and you don’t have to line anything up precisely.

While this could come in handy for existing devices such as smartphones and smartwatches, it could also enable new sorts of smart wearable devices that may be so small there’s no room for a traditional charging port.

Intel’s hardly the only company working on wireless charging solutions. But it’s one of the first companies that has a bowl-shaped design in the works.