Intel is now shipping the tiny Edison PC module the company first unveiled in January. It’s a small, low-power device that basically has the guts of a simple computer.

Edison is powered by a 500 MHz Intel Atom Silvermont dual-core processor and feature 1GB of RAM and 4GB of eMMC flash storage as well as a 100 MHz Quark microcontroller. It features dual-band 802.11n WiFi and Bluetooth 4.0 Low Energy. 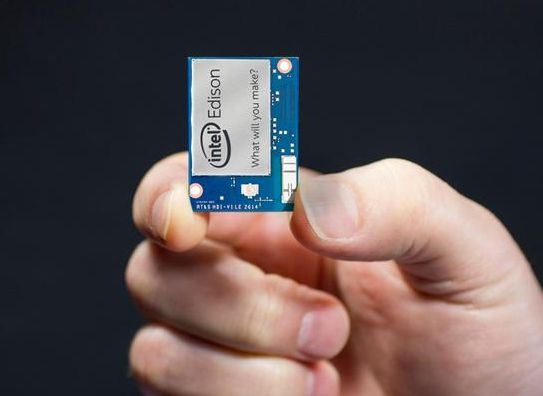 Intel sells the Edison module for about $50 and the device is aimed at hardware and software developers interested in developing wearable electronics, Internet of Things (IoT)-style connected devices.

The Edison module itself may have the guts of a computer, but it’s lacking some basic features you might expect from a PC such as USB ports and other connectors. So Intel will offer a couple of expansion boards.

Intel’s Edison Breakout Board adds USB and GPIO pins, support for a battery (which you’ll need to supply yourself), and more.

Neither board supports video output though, so if you’re looking for a low-power mini PC with an HDMI port, you might want to look elsewhere. Edison is a development platform for embedded devices, not a consumer product that you can turn into a home media PC.

Out of the box the Intel Edison is designed to run Yocto Linux v1.6, an open source, Linux-based operating system for embedded hardware.

Update: SpartkFun has also announced a series of SparkFun Blocks add-ons for the Edison board that can add functions including USB ports, interface for motors, a rechargeable battery, microSD card reader, or a small OLED display, among other things.

You can buy the Intel Edison from SparkFun for $49.95 and most blocks sell for between $15 and $25, although you can also buy kits, start packs, sensor packs, and other bundles from the SparkFun store.