Want to run Android app on a Chromebook? There are a few Android apps available in the Chrome Web Store. But if you want to try apps that don’t yet officially support Chrome OS you can convert just about any Android app into something that’ll run in Chrome using the unofficial ChromeOS-APK tools.

You can even run Android apps on a Windows, OS X, or Linux PC with the Chrome browser. Not every Android app will work, but many will.

Don’t want to use a PC to manually convert your Android apps into Chrome-compatible apps? Now there’s an easier way. 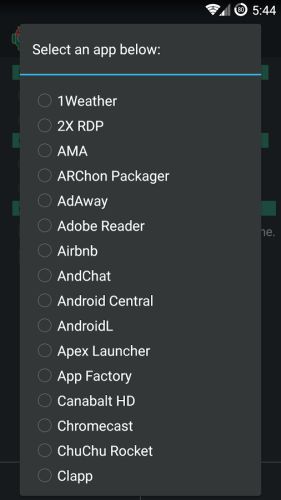 Developer bpear96 has released an Android app called Chrome APK Packager. Install it on your Android phone and it will come up with a list of apps installed on your Android device.

Update 2: After getting booted from the Play Store, the app is back, and this time it’s called ARChon Packager to avoid any trademark issues.

Check the box next to an app you want to install on a Chromebook or PC running the Chrome browser, hit the “Generate Chrome APK” button, and it’ll create an Android app that’s compatible with Chrome (assuming you have the ARChon runtime for Chrome installed).

The Chrome APK Packager is an unofficial tool that’s not supported by Google. Some Android apps may not work, and the tool is still a work in progress, so you may have more control over the app conversion process if you do things manually — but it’s nice to have an easy-to-use solution.