But that’s not the company’s only new tablet on the way. Attendees of this week’s Intel Developer Forum in San Francisco also got a brief glimpse of Dell’s new 10 inch Android tablet. 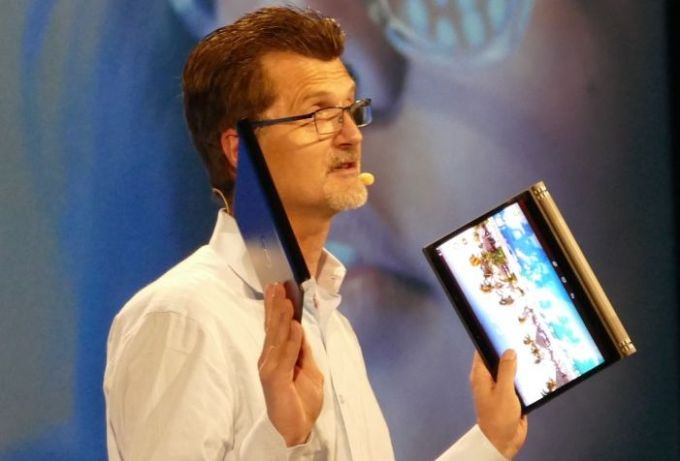 The Dell Venue 10 is a 2-in-1 tablet, which means that it’s designed to work with a keyboard dock. With the dock attached, the tablet basically becomes an Android notebook.

There aren’t many details about the Dell Venue 10 yet, but the tablet is thin except for the bulky round section on one edge where it looks like the battery hangs out. In fact, the tablet looks a bit like Lenovo’s Yoga Tablet line of Android tablets, which also have a large cylindrical battery on one side.

But while the Lenovo Yoga tablets have built-in kickstands, the Dell Venue 8 has a keyboard dock that attaches to the tablet via a magnetic connector.

Update: Mobile Geeks spotted a listing for the Dell Venue 10 7040 tablet at the GFXBench website, suggesting the tablet will feature a 2560 x 1600 pixel display, a quad-core Intel processor with PowerVR graphics, and 2GB of RAM.

Take those specs with a grain of salt though, since they also say the tablet has a 6 inch display.

via Hardwareluxx and The Inquirer and TabTech