There’s no shortage of Windows 8.1 tablets with 8 inch screens. But you know what’s tough to find? A model with a 7 inch screen.

A couple of Chinese companies are looking to change that. Cube and Ramos have both recently unveiled 7 inch tablets with Intel Atom Bay Trail processors and Windows 8.1 software. 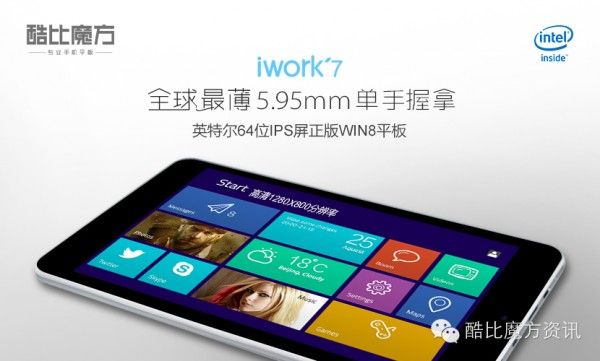 The tablet has HDMI output, front and rear cameras, and up to 8 hours of battery life.

Measuring less than a quarter of an inch thick and weighing about 10 ounces, the tablet is thinner than most smartphones, and pretty light to boot.

Ramos is bringing several new tablets to market, featuring 7, 8.9, and 10 inch screens. Each will be able to run either Google Android or Windows 8.1 software.

The Ramos i7s is the smallest, and it has specs that are similar to those of the Cube iWork 7… it’s just a bit chunkier, at 0.35 inches thick. 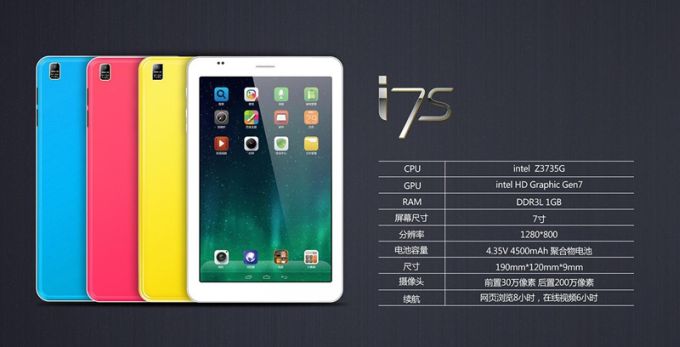 While Cube and Ramos are based in China, the companies’ tablets have a tendency to show up at AliExpress and other stores and marketplaces that sell Chinese goods internationally. Just don’t expect the same kind of warranty or software support you’d get when buying a tablet from a company that’s used to doing business in the US and Europe.

If you’re looking for a 7 inch Windows tablet from a better-known company, Toshiba started showing off a prototype in June. But it’s not clear if the company has any plans to bring that model to market.

Update: Toshiba did just launch that tablet, and it sells for just $120.