Blackberry’s big new square smartphone goes on sale Wednesday, September 24th and the company’s CEO tells the Wall Street Journal the BlackBerry Passport will sell for $599 when you buy it without a contract.

That makes it about $50 cheaper than an unlocked iPhone 6, but about the same price as a Samsung Galaxy S5. Like those phones, the BlackBerry Passport will likely cost less (up front) if you buy it along with a 2-year contract from a US wireless carrier. 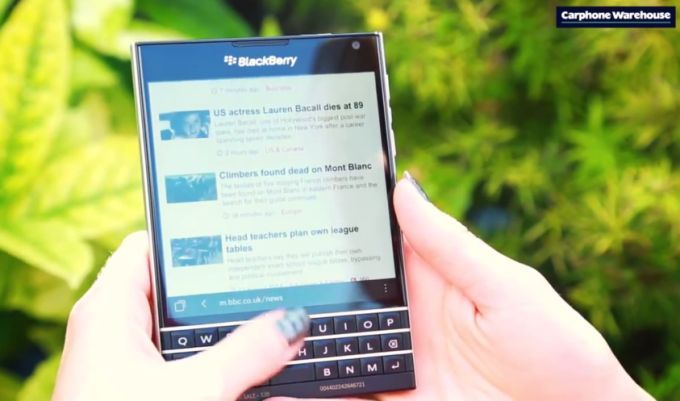 The BlackBerry Passport features a 4.5 inch, 1440 x 1440 pixel square touchscreen display and a QWERTY keyboard below the screen. The screen is wider than most smartphone displays and provides more room for text.

The phone is said to offer up to 36 hours of battery life, and like other recent BlackBerry phones it should run not only native BlackBerry apps, but also Android apps.

Once upon a time, BlackBerry dominated the smartphone space but the company has lost much of its market share to Android, iOS, and other platforms in recent years. It’s not clear if a big, square phone with a QWERTY keyboard will change that… but if the phone holds up to its promise it could help BlackBerry hang onto existing customers, particularly in the enterprise space.