Apple is going big(ger) with its latest iPhones. The new iPhone 6 and iPhone 6 Plus features 4.7 inch and 5.5 inch displays.

While smartphones running Android and Windows Phone have been available with large screens for years, up until now you haven’t been able to buy an iPhone with a screen larger than 4 inches.

The new phones are also the first to ship with Apple’s new A8 processor.

The iPhone 6 will be available for $199 and up with a 2-year contract, while the iPhone 6 Plus will have a starting price of $299. It’ll be available in gold, silver, or gray when they start shipping on September 16th. 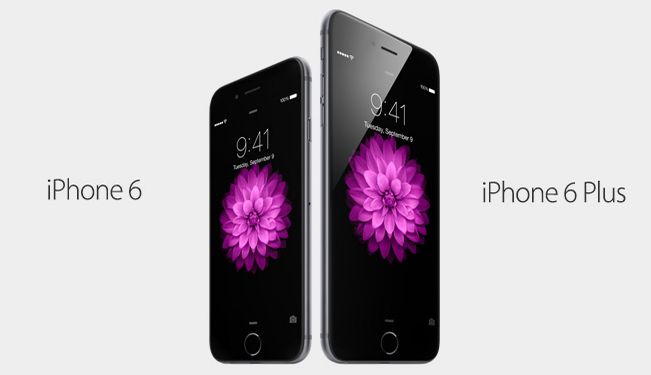 The new phones will ship with iOS 8 and feature enhancements that take advantage of the big screens including an improved keyboard that offers more functionality when used in landscape mode, and other apps including Mail include dual-pane views in landscape mode. 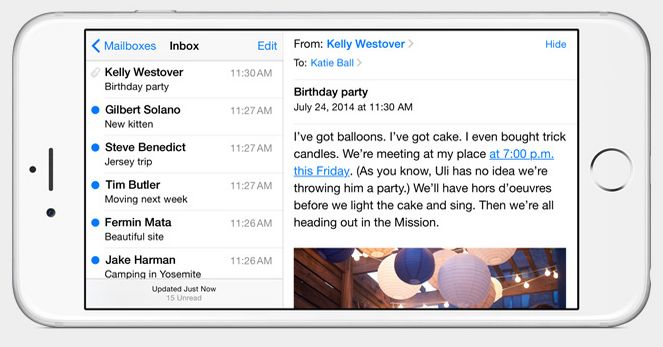 At the same time, most apps designed for earlier iPhones will be able to run on the new iPhone 6 and iPhone 6 Plus with no modifications.

Both models are thinner than the iPhone 5S, which came in at 7.6mm.

The handsets feature anodized aluminum on the back and glass on the front.

Apple says the A8 processor is a 20nm, 64-bit chip that offers 25 percent faster CPU performance than its predecessor and 50 percent faster graphics.

It’s also 50 percent more energy efficient than the A7 processor, and Apple is promising longer battery life for its new phones, with up to 14 hours of video playback time for the iPhone 6 Plus and 11 hours for the iPhone 6. Last year’s iPhone 5s topped out at 10 hours.

At the same time, Apple says the new A8 chip is 50 times faster than the processor in the original iPhone and offers 84 times faster graphics performance.

There’s also a new M8 motion coprocessor that can estimate distance and track elevation for fitness trackers and other apps.

The new phones feature 802.11ac WiFi, 4G LTE support for speeds up to 150 Mbps, and they support Voice over LTE, or VoLTE on networks that support that feature as well as WiFi calling. 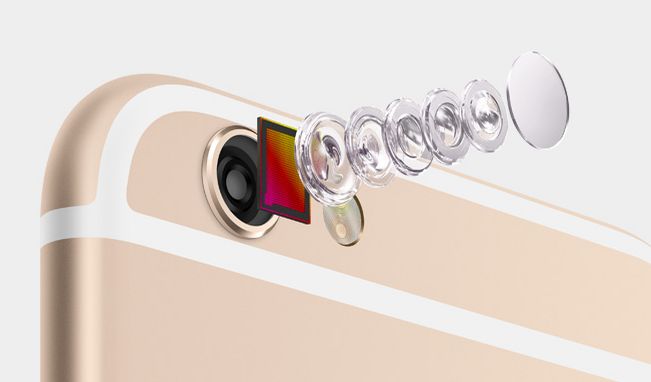 Apple has updated the iSight camera with a new 8MP sensor featuring 1.5µ pixels and an ƒ/2.2 aperture. Users can also now shoot panoramic photos up to 43MP.

While both of the new iPhones feature similar cameras, only the iPhone 6 Plus will have optical image stabilization.

The front-facing camera has also been updated. The new FaceTime HD camera offers improved facial detection, a burst mode for shooting selfies, and a sensor that captures 81 percent more light for better pictures and video in low-light settings. 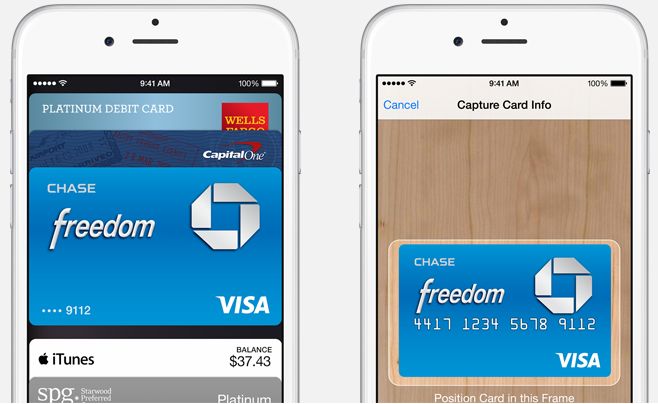 Apple’s new phones also include wallet functions through the new Apple Pay service. The phones feature NFC short range wireless communication and Apple’s Touch ID fingerprint sensor for security. You can add your credit card data to your account by snapping a picture of your card with the iSight camera — but a unique code is used every time you pay and you can remotely de-activate Apple Pay so that if your phone is stolen nobody can use it.

Apple says it won’t keep any data about your purchases, and cashiers won’t even see your name or credit card number when you pay. At launch, Apple Pay works with American Express, Visa, and MasterCard and should work at of the more than 200,000 US retail locations that accept contactless payments — and at Apple Stores.

There’s an Apple Pay API for third-party developers that want to incorporate the payment service into their apps.

Apple Pay launches in October as a free update to iOS 8.

Apple iOS 8 software will also be available for download on some older iPhone and iPad models starting September 17th.

14 replies on “Apple launches iPhone 6 and iPhone 6 Plus”