Another gadget, another teardown… or two. The folks at iFixit have ripped open Apple’s new iPhone and iPhone 6 smartphones to see what’s under the hood(s).

As expected, the new phones have bigger screens, bigger batteries, and new processors. But just because that’s what we expected doesn’t mean it’s not fun to look at pretty pictures of an iPhone on the operating table. 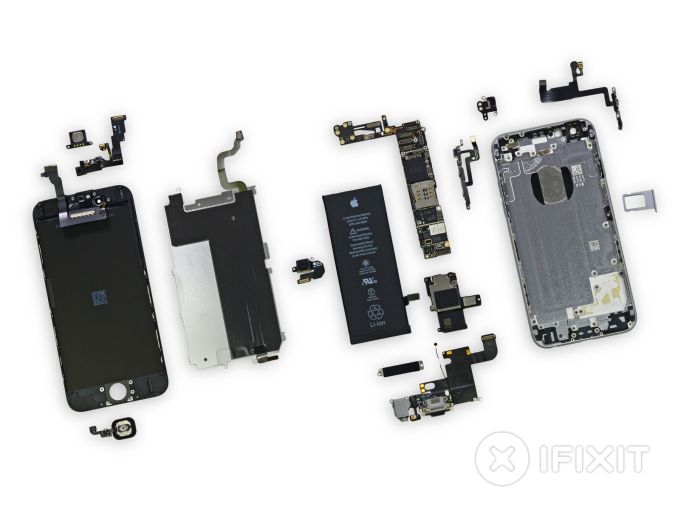 The iFixit teardowns confirm that Apple’s new phones still have 1GB of RAM at a time when many top-tier Android phones have 2-3 times as much memory. But since there are no iPhones with more than 1GB of RAM, it’s not like iOS app developers are creating software that really needs the extra memory.

The iPhone 6 has an 1810 mAh, 6.91 Whr battery while the larger iPhone 6 Plus features a 2915 mAh, 11.1 Wh battery. Both batteries are larger than the ones used in the iPhone 5c and iPhone 5s, which helps explain why the new phones get longer battery life even though they have bigger (more power-hungry) displays.