Google’s Android One initiative is kicking off in India with the launch of 3 low-cost Android smartphones with prices starting as low as $105.

The first Android One handsets come from Micromax, Karbonn, and Spice, and they’ll be available exclusively in India for now. But Google says more partners are joining the program including Acer, Alcatel OneTouch, Asus, HTC, Intex, Lave, Lenovo, Panasonic and Xolo and there are plans to bring Android One phones to new regions including Indonesia, the Philippines, and other countries in the coming months. 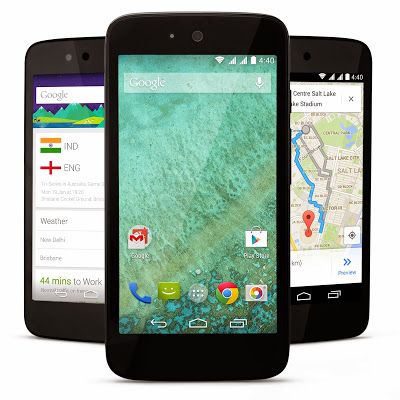 So what exactly is Android One? Basically Google is working with hardware makers to help them pick low-cost, but decent components that will be able to support the latest versions of Google’s mobile software.

Google also rolls out software updates to these phones directly, so you don’t need to wait for carriers or device makers to offer updates. Buy an Android One phone and you should get software updates from Google for up to 2 years after the device first launches.

Google says carriers and manufacturers can still customize the user experience on their devices, so you may still see custom home screens or other apps on Android One devices. But Google’s in charge of OS updates and the company says the new Android One devices that are launching in India will be among the first phones to receive updates to Google Android L when the new operating system launches this fall.

So Android One phones are kind of like cheap Nexus phones… except they also have things you won’t find on any recent Nexus including a microSD card slot, a removable battery, and dual SIM support. Google says these phones get those features, along with FM radio, because they’re in demand in India. The fact that the phones don’t have a lot of built-in storage also probably helps explain the microSD card slot.

The Spice Android One Dream UNO MI-498, Micromax Canvas A1, and Karbonn Sparkle V all have just 4GB of storage and 1GB of RAM. But you can store media or other files on a microSD card. The phones accept cards up with up to 32GB of storage space.