I’m a t-shirt and jeans guy… so the fashion world kind of eludes me. But I’m still pretty sure that Acer’s new hat is pushing the boundaries of fashionable head gear.

Acer partnered with designer Christian Cowan-Sanluis to create something they’re calling the Acer Selfie-Hat. It’s a giant pink sombrero with a tablet case that dangles the side. You can rotate the hat to snap a selfie with the tablet from just about any angle… unfortunately the photo probably won’t be able to catpure the bulk of the hat itself. 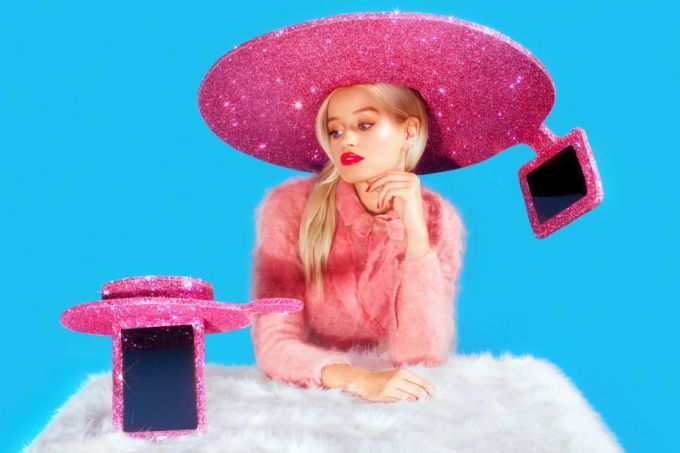 The hat is made to hold an Acer Iconia A1-840 tablet with an 8 inch screen and an Intel Atom Bay Trail processor. It’ll also clearly have a front-facing camera.

You can use the hat to snap selfies and upload them to Facebook, Twitter, Instagram, or any other places where you think people want to see what you look like while wearing a big, shiny pink hat.

As much as I’d like to think the Acer Selfie-Hat is some sort of sly bit of social commentary, it seems to be a real product that was designed and shown off at London Fashion Week. Fortunately it appears to be a limited-edition device: Pocket Lint reports it’ll only  be available to customers who make an appointment for a consultation.