Zotac has been offering tiny desktop computers for a few years… but now the company is launching its smallest PC yet. The Zotac ZBOX PI320 pico measures 4.5″ x 2.6″ x 0.76″ making it about the size of a chunky smartphone. But it has the guts of a low-power desktop computer capable of running Windows 8.1 or other modern operating systems. 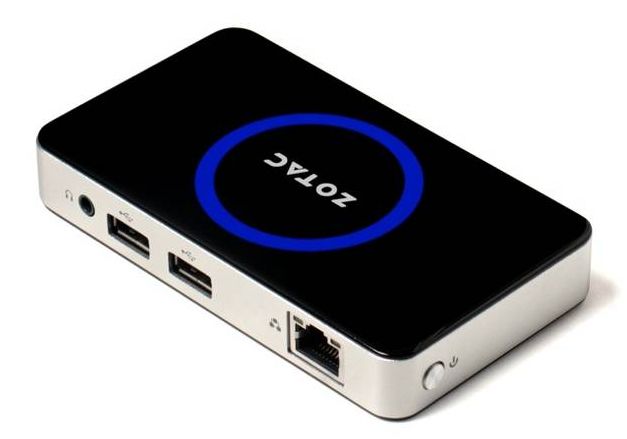 The ZBOX PI320 pico features a 1.33 GHz Intel Atom Z3735F quad-core Bay Trail processor, 2GB of RAM and 32GB of flash storage. Both the memory and storage are built into the system board and aren’t user upgradeable. But if you need more storage space there’s a micro SDXC card reader and 3 USB 2.0 ports.

It also uses passive cooling, which means there are no fans or other moving parts in the case. The PI320 pico should be silent while it’s operating.

Like some of Zotac’s other recently announced computers, the new PI320 pico will come with Windows 8.1 with Bing pre-loaded, but I don’t see why you wouldn’t be able to install a Linux-based operating system such as Ubuntu, Debian, Fedora, or even Android.

Update: Olivier from FanlessTech tells us that the system will sell for $199 in the US or 199 Euros in Europe when it goes on sale in September.