Microsoft released a preview of Windows Phone 8.1 Update 1 recently. The most visible changes include things like the ability to put home screen Live Tiles into folders and the ability to create an Apps Corner that restricts access to some apps.

But Microsoft is also making some changes to its hardware guidelines which make it possible for device makers to offer Windows Phone tablets without cellular functionality for the first time.

It’s not clear if anyone will actually build such a device. But up until now Microsoft has been pretty opposed to the idea. Now it looks like that’s changing. 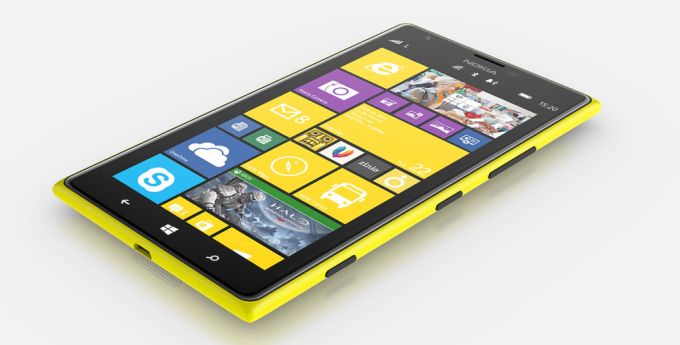 The company’s new Windows Phone hardware development page includes a number of changes including support for devices with 6.01 inch to 7 inch displays with 1280 x 768 pixel resolutions and a new WiFi Feature Pack which removes cellular functionality from the  operating system.

That feature pack is “intended only for devices that will not be connected to a cellular network,” which basically means Microsoft is now cool with device makers offering WiFi-only tablets or iPod touch-like handheld devices with Windows Phone software.

Why the change of heart? Microsoft isn’t saying… but the fact that the company’s Windows RT software for tablets hasn’t exactly made a big splash could be playing a role. Windows RT was developed alongside Windows 8 and it was designed to basically be a desktop and tablet version of Windows that would run on devices with ARM processors.

The problem is that Windows RT devices like the Surface RT and Nokia Lumia 2520 tablets can’t run Windows apps designed for devices with Intel or ARM chips… which means that they actually have access to fewer apps than a phone running Windows Phone software. That’s because there are now more than 300,000 apps in the Windows Phone store, but only about half as many in the Windows Store.

Now that hardware manufacturers can make tablets that run Windows Phone software… they probably won’t. Windows Phone hasn’t proven much more popular with device makers than Windows RT. Microsoft and its recently acquired subsidiary Nokia make most of the world’s Windows Phone and Windows RT products at this point.

But eventually Windows Phone, Windows RT, and Windows are likely to move a bit closer together. Microsoft recently unveiled support for Universal Apps which are designed to run across a range of Windows platforms and on devices with different screen sizes and processors. Eventually it might not really matter which version of Windows you’re running.

From a hardware standpoint there’s another reason we probably won’t see a flood of Windows Phone tablets with ARM-based chips anytime soon. Microsoft is giving away both Windows Phone and Windows 8.1 software to hardware makers that are building tablets and phones with 9 inch or smaller screens and Intel is offering its Atom processors at deep discounts… so it’s not hard to find tablets running a full version of Windows 8.1 that sell for $199 or less… which is about half the price of an iPad mini with Retina display. If you have a choice between releasing a full-fledged Windows tablet with all-day battery life and the ability to run desktop and tablets apps or a model that’s basically a big phone that doesn’t make calls… why would you choose the latter?

via ZDNet and Myce

12 replies on “Windows Phone 8.1 could run on tablets… if anyone makes one”