Wireless chargers for smartphones and other gadgets have been around for a few years: but in order to charge your device you typically need to place it right on top of a charging dock or at least pretty close to the charging surface.

Now a company called uBeam has unveiled a prototype of a system that will let you charge your phone while it’s in your pocket as you walk around a room that has a charger. 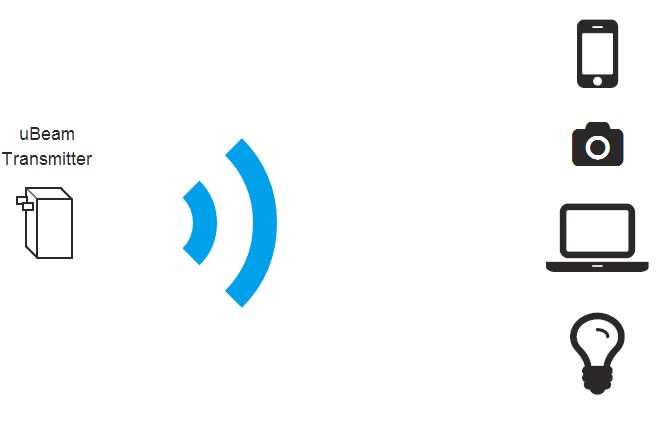 The New York Times reports that the system works by converting electricity into an ultrasound signal which can be beamed through the air to a wireless device which then converts the sound back into electricity to charge your battery.

Right now uBeam has a working prototype. The company plans to build commercial products in the next 2 years that will let you talk in your phone while it’s charging without worrying that a charging cable is going to fall out.

The chargers don’t beam through walls like WiFi. But their range can be measured in feet rather than the millimeters we use to measure charging distances from today’s resonant charging solutions.

That means you might need a charger in each room of the house or office where you plan to use the system. But theoretically uBeam could help you keep your gadgets charged without lugging around a spare charger or buying a device with a huge battery.

The New York Times speculates that if the system is widely adopted we could see smartphone makers start building thinner and lighter devices with smaller batteries — although that wouldn’t necessarily be a great thing for people who use their phones on the go where there’s no access to wired or wireless chargers.