Toshiba is adding a new Chromebook to its lineup. At first glance the new Toshiba Chromebook CB30-007 looks just like the model the company launched earlier this year. But the first Toshiba Chromebook sports an Intel Celeron 2955 Haswell processor. The new model has a lower-power Celeron N2830 Bay Trail chip.

The new Bay Trail model showed up first in Australia, but I wouldn’t be surprised if it makes it to the US and Europe eventually.

Update: The Toshiba Chromebook 2 is coming to America in October for $250 and up. 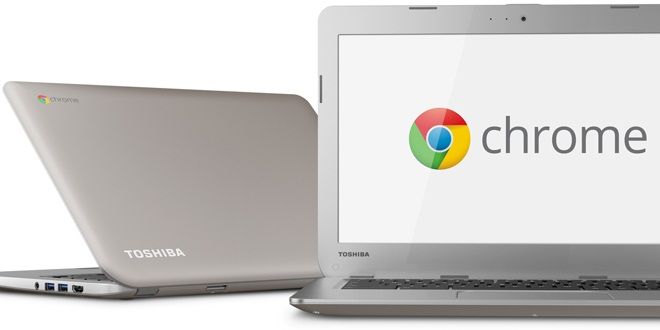 Toshiba’s new Chromebook joins a growing number of laptops that pair Google’s Chrome operating system with a low-power Intel Bay Trail processor. Asus has two models. Acer has one too. HP is getting ready to launch one… you get the idea.

US pricing hasn’t been revealed yet, but the Bay Trail version of Toshiba’s Chromebook seems to be about the same price as a Haswell model in Australia. But it’s a tad thinner and lighter and gets slightly better battery life. On the other hand, it won’t be quite as fast.