T-Mobile subscribers may get “unlimited” internet access, but the company caps the amount of “high speed” 4G LTE data you can use each month before your connection is slowed down.

Now T-Mobile is expanding Music Freedom to include 6 more services. By the end of the year there will be at least one more addition: Google Play Music. 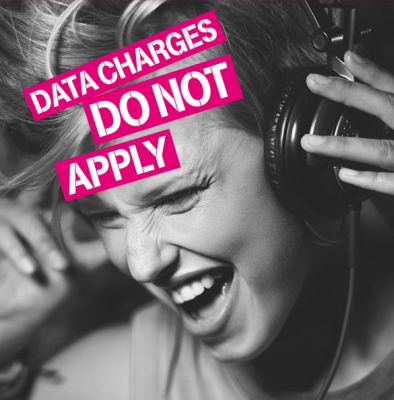 Over the last few years I’ve kind of gotten used to loading a dozen or so albums of MP3s on my phone so I can listen to music on the go without racking up data charges, while using Songza, Pandora, TuneIn, and Google Play Music around the house when I’m connected to WiFi. I doubt I’m alone in doing that.

If T-Mobile’s move to decouple streaming music from other data charges catches on, it could change the way plenty of people use their phones on the go.

At the same time the move gives priority to certain types of data… something that cold be cause for concern among folks that are worried that Net Neutrality and an even playing field for startups will soon become nothing more than quaint notions from the early days of the internet.