The developers of the open source, cross-platform XBMC media center application have offered an Android version for more than 2 years. But if you want to install XBMC on your Android phone, tablet, or TV box you’ll need to download it directly from the XBMC website because it’s not available from the Google Play Store or other app stores.

Now there’s an easier way to install the media center app and keep it up to date: XBMC developer Chris Browet has released a fork of XBMC called SPMC. It’s now available for free from the Google Play Store and Amazon Appstore. 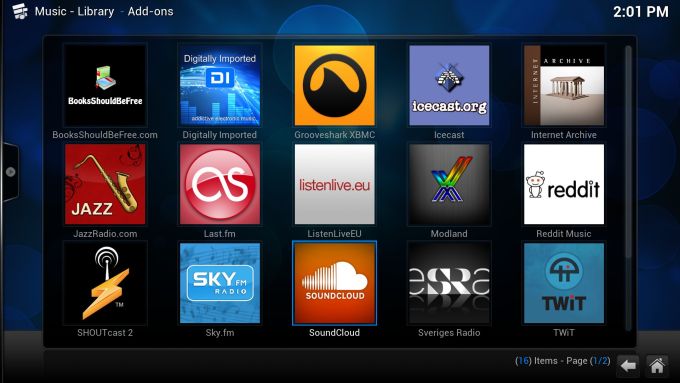 SPMC is basically XBMC with a different name and a few tweaks.

The latest version is based on XBMC 13.2, features support for suspend on devices that have been rooted, and lets you bring up a context menu by long-clicking the left button on a mouse.

Since the app is offered through the Play Store and Amazon Appstores, Browet can push updates to users without requiring you to re-download and re-install the app. But as CNX-Software notes, there’s another way to install XBMC and make sure it’ sup to date. There’s an Android app called XBMC Updater lets you know when there’s a new version and lets you install the latest nightly or stable releases easily.

Update: Wondering why the official version of XBMC isn’t already in the Play Store? XBMC Team member Ned Scott provides some information in the comments below.

The short version is that there are two reasons: The team is waiting until version 14.0 when the name will be changed to Kodi, and the developers weren’t sure if Google would take issue with an app that includes Dolby Digital and DTS audio decoding but which doesn’t pay a licensing fee.

Submitting SPMC first and waiting to see if it’s removed by Google is a way to use the app as a bit of a canary in the coal mine… although the continued existing of VLC media player in the Play Store suggests that companies might not be going after free and open source software that uses unlicensed DD and DTS decoding.