Omate‘s first smartwatch was an Android-powered device that you could use to run apps, make phone calls, or pair with your phone to display notifications. But what makes the Omate Truesmart different from most smartwatches was that it could be a truly stand-alone device.

Priced at $299, it’s also more expensive than most smartwatches.

Now Omate is introducing a more affordable watch. It’s called the Omate X and the company describes it as a “companion smartwatch” which is designed to be used with a phone. With pre-orders beginning September 1st for $129, it’s also less than half the price of a TrueSmart. 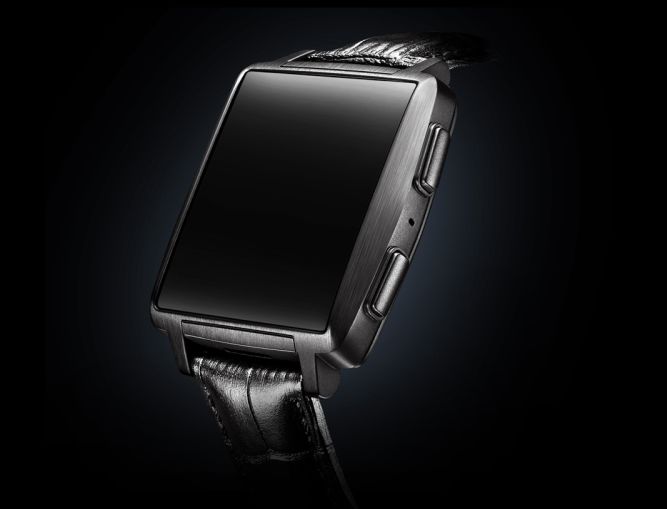 The Omate X has a 1.54 inch, 240 x 240 pixel TFT LCD curved touchscreen display, a 400mAh battery for up to a week of battery life. You can pair the phone with an Android or iOS phone over Bluetooth 4.0 low energy.

It has a 3-axis motion sensor and an accelerometer buttons on the side for power and home functions. The watch has an aluminum case, removable watch straps.

The device has a simpler user interface and fewer functions than the Omate Truesmart. But it can display notifications about incoming calls or messages, social network updates, or other details from your phone. The Omate X also displays weather information, works as a remote control for music playback on your phone, and has a customizable clock, wallpaper, and other features.

While it doesn’t have all the features you’d get with an Android Wear device like the LG G Watch or Samsung Gear Live, Omate is working on adding voice controls and unlike Android Wear, the Omate X will work with Apple devices running iOS 6 or later as well as devices running Android 4.3 or later.

Pre-orders run from September 1st through the 30th and Omate plans to start shipping watches in October.