The NVIDIA Shield Tablet is an 8 inch Android tablet with an NVIDIA Tegra K1 processor and an emphasis on gaming. NVIDIA launched a WiFi-only model with 16GB of storage in July for $299.

Now a model with 32GB of storage and 4G LTE support is on the way. It’ll cost $399 when it goes on sale, and if a recent FCC listing is anything to go by (it might not be), it could go on sale soon. 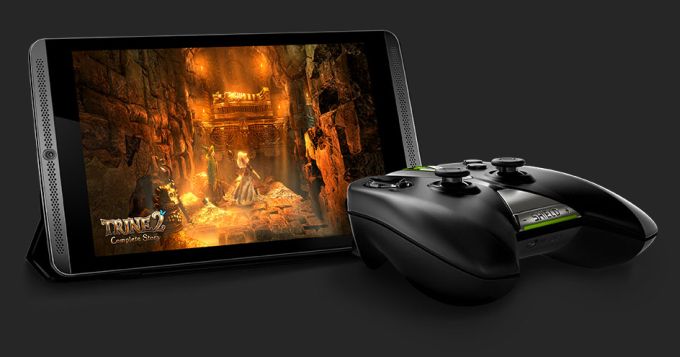 There’s a microSD card slot for additional storage and the 4G LTE model has a micro SIM card slot for connecting to mobile broadband networks. THe US version should support AT&T’s 4G LTE and HSPA+ network.

While the tablet has some pretty impressive hardware, it’s arguably the accessories and software features that really make the Shield Tablet stand out. NVIDA offers an optional $60 wireless controller that looks like what you’d get if you put Android buttons on an Xbox remote. There’s also an optional case which you can use as a stand.

As for software, not only are some Android games optimized to take advantage of NVIDIA’s Kepler graphics, but you can also use NVIDIA GameStream technology to stream PC games to your device. Just turn on your PC and you can play your games anywhere in the house — using the Shield Tablet as a sort of handheld PC gaming controller (and display). Or you can plug it into a TV and hook up a game controller so you can play PC games in the living room while your PC is in your home office.

NVIDIA also lets you stream PC games over the internet when you’re not at home… but that feature is currently in beta and requires a speedy internet connection. It’ll also probably be a bit of a bandwidth hog, so even if you get the Shield with 4G LTE you might not want to use GameStream over a cellular network.