Nokia has been offering mapping applications for smartphone since way back when Google was just a company that ran a search engine and email service. Now Nokia is bringing the latest version of its mapping service to Android phones… or rather to Android phones made by Samsung. 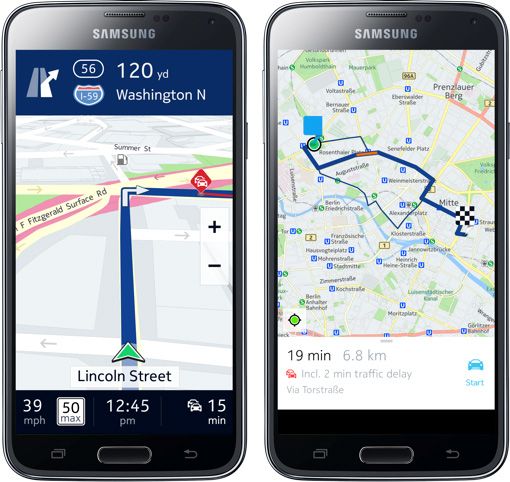 HERE for Android has all the usual features that you’d expect including support for turn-by-turn navigation, searching, and GPS location tracking.

But there are a few things that make HERE maps different from Google Maps for Android. For one thing, you’ll have the option of downloading maps for entire regions or countries instead of simply caching a small area. Once a map is downloaded you’ll also be able to search for locations or directions even if you don’t have an internet connection. 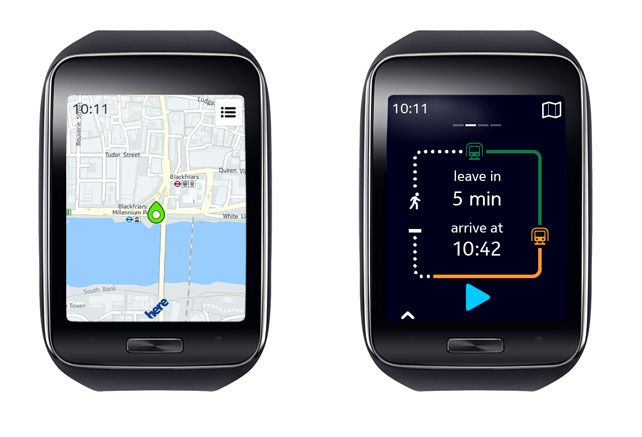 Nokia will also offer a HERE for Gear app which works with the Samsung Galaxy Gear, Gear 2 Neo, Gear 2, or Gear S smartwatches. If you use HERE on your phone and your watch you’ll be able to sync maps between devices and get directions, transit instructions, or other map views on your wrist.

HERE for Android will be available exclusively for Samsung Galaxy smartphone users at launch… but the name suggests that Nokia may eventually offer the app for other Android phones as well.