The Motorola Moto 360 smartwatch is expected to be the first Android Wear watch with a round face when it launches in the coming months. But that’s not the only thing that will make this watch stand out from competitors including the LG G Watch and Samsung Gear Live.

Motorola hasn’t yet announced the official launch date or price, but Luca Viscardi (or Mister Gadget) has already spent some quality time with the watch and he’s posted a series of photos and first impressions of the watch and an important accessory: a Qi wireless charging dock. 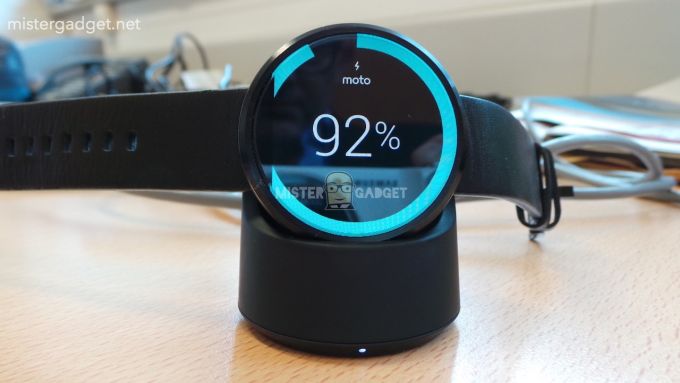 Viscardi says the watch will be available in two colors: black and silver. He says the screen offers better color quality than Samsung or LG’s smartwatches. And he says it also offers better battery life: with more than two days of run time.

There’s at least one down side to using the Moto 360: the round watch face means that some Android Wear apps designed for square screens won’t work. The Wear Mini Launcher app, for instance, doesn’t support the Moto 360.

That could change once the watch hits the street and developers have reason to make sure their apps work on round devices like this.

You can find more photos at lucaviscardi.eu.