LG is preparing to launch its second smartwatch featuring Google’s Android Wear software… and this time it’s round.

The LG G Watch was one of the first Android Wear devices to go on sale when it launched this summer for $229. The company’s new model features similar specs, but the LG G Watch R looks a bit more like a traditional wristwatch since it has a smaller, round watch face instead of a square display. 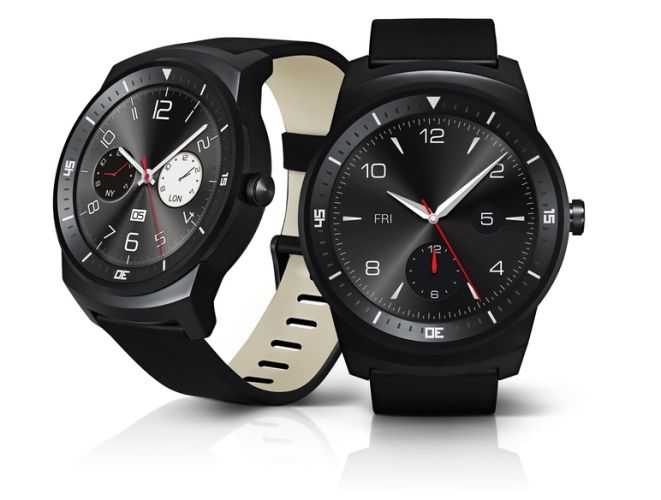 The watch features a 1.3 inch, 320 x 320 pixel plastic OLED display which LG says uses 100 percent of the watch face (which may be a dig at the upcoming Motorola Moto 360 which has a black bar at the bottom of the circle).

It features an IP67 rated dust and water resistant design, a 9-axis sensor, a heart rate monitor, and a 410mAh battery.

The watch comes with a 22mm calf skin leather strap, but the wristband is removable if you want to swap it out with a different strap.

LG will show off the G Watch R at the IFA show in Berlin next week. The company hasn’t yet revealed a price or release date.

Update: Apparently it will sell for 299 Euros in Europe.

3 replies on “Meet the LG G Watch R: Android Wear with a round face”