Once upon a time when we talked about wireless capabilities for notebook or tablet PCs, we were only talking about connecting to the internet or a home (or business) network without an Ethernet cable.

These days there are plenty of devices shipping with wireless display technology that lets you connect to a TV or monitor without a cable. Wireless charging is starting to gain traction too. And of course you can connect to a keyboard, mouse, or even printer using Bluetooth or WiFi.

Intel figures it won’t be long before you can throw out your power cable, HDMI cable, and all of your USB cables. 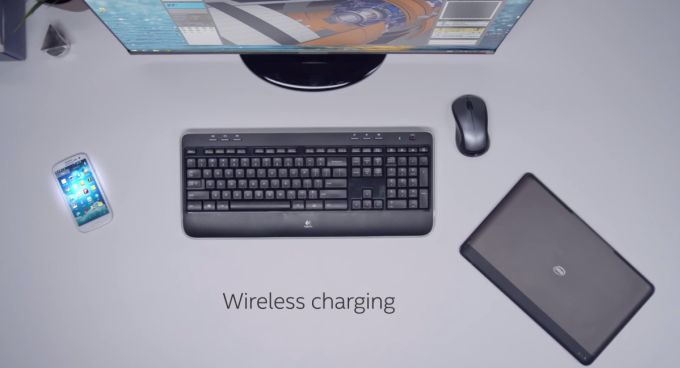 The problem with some of these wireless technologies right now is that there are competing standards. Want to charge your phones without wires? You’ll need to know if you need a Qi charger, a Rezence charger, or something else.

Want to hook up a display? It’ll need to support Miracast, Intel WiDi, or some other protocol.

But Intel has as good a chance as anyone of helping work out those kinks. The company dominates the laptop processor space and Intel’s designs and guidelines affect a lot more than processors.

You know how there are a ton of thin and light notebooks on the market these days? You have Intel’s push for “ultrabooks” a few years ago to thank for that. Sure, ultrabooks never grabbed that 40 percent market share Intel had been hoping for, but the category influenced PC makers so much that many laptops with AMD processors, hard drives, and other features that keep them from qualifying as ultrabooks are thinner and more portable these days.

So when Intel talks about “developing smart wireless docks” capable of transferring data at USB 3.0 speeds as well as connecting to remote displays, it’s worth paying attention. The company is also working with resonant charging technology to make it easier to charge devices without wires.

Don’t be surprised if these features become standard in laptops of the future.

Intel put together a video recently which shows how wireless technology can make things simpler using existing and upcoming technologies such as facial recognition to unlock your device, charge your devices while they sit on a table, transfer data by placing it near another item, enter text using voice commands, connect to a projector sans wires, and more.

The whole thing isn’t quite wireless… you’ll still need to plug in your wireless charger. And I’m still not entirely sold on the concept of wireless charging which is generally slower, and less efficient than connecting a power cable to your device. But maybe in the future the rates for clean energy will be so low that I won’t care anymore.

5 replies on “Intel looks ahead to a world without wires”