While Google Android was designed for phones and tablets with color displays, there are a number of eBook readers with E Paper displays that feature Android-based software. Barnes & Noble’s NOOK eReaders, for instance, are powered by Android. But they feature a custom user interface so that you’d hardly know Google’s software was under the hood unless you rooted those devices.

And then there’s the Icarus Illumina HD. Not only does this eReader feature a 6 inch E Ink display and Android 4.2 software. It actually comes with the Amazon Kindle app pre-loaded, making it an odd little alternative to Amazon’s own Kindle devices. 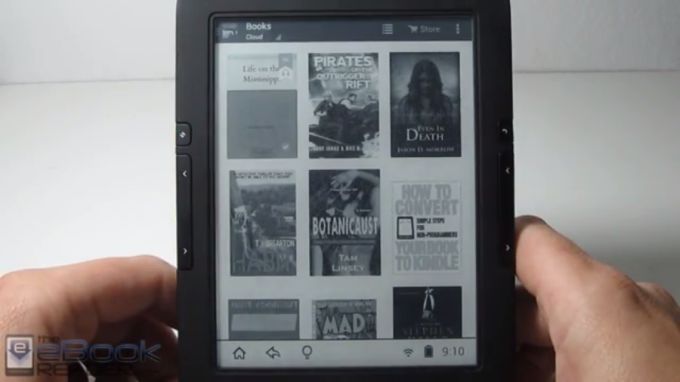 Of course, the Kindle app for Android wasn’t designed for devices with grayscale displays and slow screen refresh rates. But the eBook Reader took the Illumina HD for a test drive and found that the app works pretty well.

Animation effects look awful on the device’s E Ink screen, so you might not want to use the grid view instead of the carousel view for your library. Page turn animations also look a little funny. But you can use the Kindle Store to purchase and download eBooks and use the device to read.

Since the Illumina HD runs Android, you can also side-load other third-party Android apps including alternate eReader apps, web browsers, or anything else that you think might work on a relatively slow Android tablet with a black and white screen.

All told if you really want an E Ink device for reading Kindle books your best bet is probably to buy a Kindle. But it’s kind of neat to know that you can also buy a device that’s essentially an Android tablet with an E Ink display and support for Kindle books as well.