Smartphones running Mozilla’s Firefox OS software aren’t widely available in the US yet, but the maker of the Firefox web browser has announced that they’re coming to a market that’s potentially even bigger this week.

The first Firefox OS phones will be available in India this week. 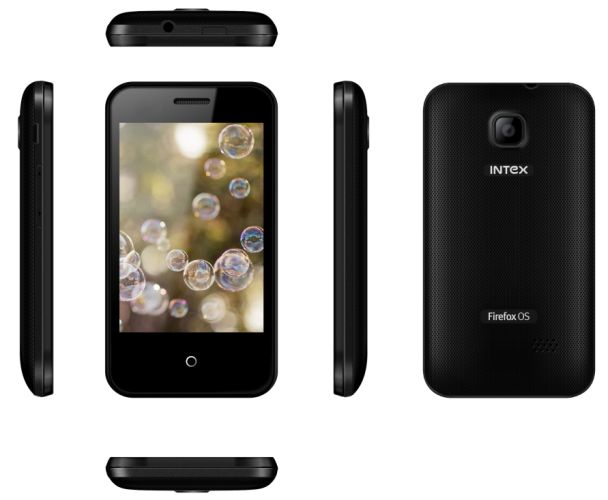 The first Indian phone to run the browser-based operating system is the Intex Cloud FX which is an entry-level smartphone with a 1 GHz processor, a 3.5 inch, 480 x 320 pixel display, up to 4GB of storage, and dual-SIM capabilities for 2G and 3G networks.

Firefox OS is certainly capable of running on phones with high-end specs, but Mozilla has been trying to gain traction by partnering with device makers to launch entry-level phones for first-time smartphone buyers and customers in developing markets where low prices may be more important than bleeding edge specs.

So even the most powerful new Firefox OS devices tend to have the specs of an older mid-range Android phone.

But it’s not the hardware that makes Firefox OS interesting. Arguably it’s not even the software. It’s the core set of ideas behind the phone: that web apps are powerful enough to replace native apps and that not only are device makers and wireless carriers interested in an open source alternative to Google Android, but that customers will be as well.

Of course, with the constantly falling prices of entry-level Android phones and even Windows Phone devices, it remains to be seen whether there’s demand for another mobile operating system. But the good news for app developers trying to decide what platform to code for is that since Firefox OS apps are basically web apps, they should run on most devices that have a web browser… and they can even act like native apps on an Android phone with the Firefox browser installed.

via Mozilla and The Indian Express

One reply on “Firefox OS phones arrive in India”