Microsoft is updating its Windows Phone software with a handful of new features and a focus on international customers. Windows Phone 8.1 Update begins rolling out to developers the first week of August, and it should be available to everyone this fall. 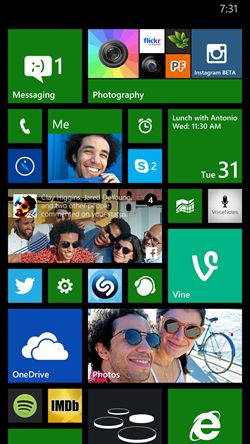 One of the most noticeable changes is support for Live Folders. This lets you drag a group of Live Tiles from your home screen into folders.

Microsoft is also expanding availability of the Cortana voice assistant feature that launched with Windows Phone 8.1. The update brings beta support for China and the UK and Windows Phone users in Canada, India, and Australia can test an alpha release… which is basically Microsoft’s way of saying Cortana’s available, but it might still be pretty buggy.

Other changes in Windows Phone 8.1 Update include Xbox Music improvements (including background sync and improved loading and scrolling), the ability to select multiple SMS messages at once to delete or forward, and privacy and security improvements.