Big name smartwatches in the US seem to sell for around $200 and up. But India’s Spice Mobile has unveiled a new watch called the Spice Smart Pulse with a list price of well under $100.

The Spice Smart Pulse can pair with most Android phones to let you view notifications on your wrist, read or compose text messages, or stream music. But you can also use it without a phone: The Smart Pulse supports dual SIM cards and works as a standalone smartphone for voice calls, text messages, and web browsing. 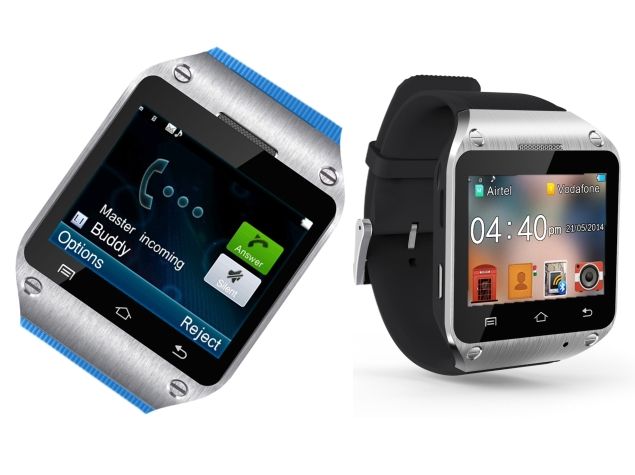 Don’t want to hold your wrist up to your head to make calls? You can also pair the watch with a Bluetooth headset.

. Update: Nope, it’ has a Java-based operating system.

While it includes some basic apps including an alarm and calculator, it’s more useful as when you pair it with a phone to use as a remote control for snapping photos or playing music.

Spice offers changeable wristbands in colors including blue, red and green in case you don’t like the simple black band that comes with the watch.

According to the Spice website, the Smart Pulse has a list price of Rs. 4,999 or about $84 US. But multiple news reports suggest it’ll actually sell for as little as Rs. 3,999 or about $67 US at launch.

via NDTV, IBN Live and GizChina